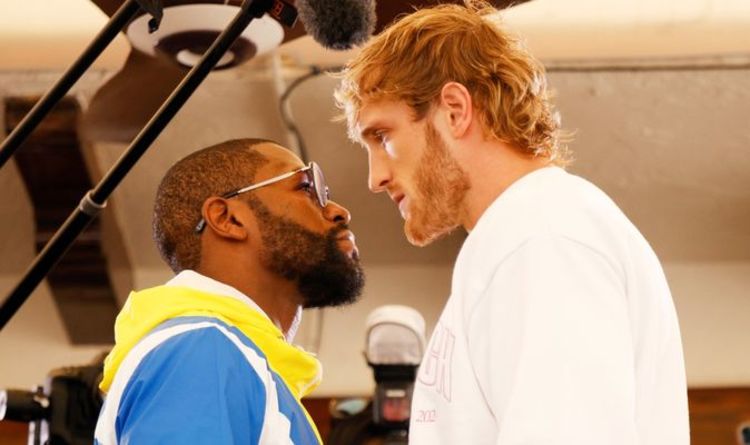 YouTuber Paul, whose professional boxing record stands at 0-1, with that loss coming to fellow YouTuber KSI, is doing a sterling job of creating a narrative besides the obvious mismatch angle heading into Sunday night’s fight in Miami.

The tale of the tape may paint a picture of physical advantages for Paul – he is younger, taller, heavier and will possess a significant reach advantage.

But the universally-held belief is that Mayweather’s boxing pedigree and sheer skill at the “sweet science” make the bout a horrible mismatch, just as it was when Mayweather took on hopelessly outmatched Japanese kickboxing star Tenshin Nasukawa in his last exhibition bout.

Nonetheless, Paul – whose gift of the gab, coupled with a colossal social media following has kept the build-up to Sunday’s bout interesting – is insisting that not only has he managed to trick Mayweather into fighting him, he’s also going to deliver the ultimate insult and beat him, too.

Speaking to CBS Sports, Paul declared, “You are witnessing the greatest finesse job in history.

“Why is Floyd Mayweather getting in the ring with me? He has everything to lose.

“I wanted to acknowledge Floyd’s career path and everything he has accomplished.

“I was trying to be respectful and then my my brother took his hat and he said he was going to kill Jake, and I don’t take that s*** lightly.

“It has become super personal. Just the way he is talking online and he thinks he is in control of this fight to the T.

“It’s going to take 44 years of Floyd’s life for him to be humbled.”

Fans looking at the fight as a stylistic matchup have suggested that Paul’s only chance of success is to make the bout ugly and land a lucky punch on Mayweather in the hope that the legend’s lightning reflexes let him down against a bigger, stronger opponent.

But Paul suggested otherwise, and said, remarkably, that he would step through the ropes and attempt to outbox the man who has not been outboxed in 50 professional bouts against a host of legendary names including Shane Mosley, Canelo Alvarez, Manny Pacquiao and Ricky Hatton.

And, when the pair faced off on Friday ahead of their bout on Sunday night, Paul looked anything but intimidated as he appeared to relish the close-quarters staredown between the pair.

“I’m not going to make it ugly — it’s going to be the cleanest display of boxing that you are going to see,” Paul said.

“I think it’s going to be two phases that Floyd has in this fight. One, the realisation that he might be in over his head – the realisation that the kid standing across from him isn’t a fake fighter, isn’t just a YouTuber and that he had been doing this s*** for some time now.

“Then when he realises he might have to work a little harder than he thought and he’s not getting the ins he thought he would, that’s when he’s going to hit desperation.

“I think when Floyd’s desperate and I can see in his face that he’s broke, that’s when I got him. I think that’s when he is going to lose.”