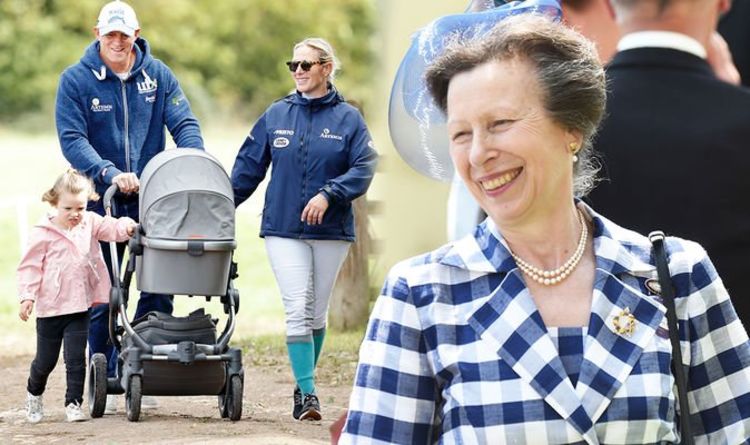 Princess Anne and Zara Tindall appear to have a close relationship and are even neighbours at Gatcombe Park. Living so closely has allowed Princess Anne to spend lots of time with her grandchildren.

These moments between her and her grandchildren could show a different side to Princess Anne, body language expert Judi James claimed.

The expert suggested the Queen’s daughter is more tactile with Zara’s children.

“Princess Anne has never been a lover of the PDA, posing in a more traditional, hands-off way with two husbands and her own children,” Judi said.

“But the way that daughter Zara has emerged as a wonderfully tactile and openly affectionate woman suggests there might have been a very different version of her mother away from the cameras.

“With her grandchildren though we do finally get to see the more demonstrative side to the Princess.

“With both Zara’s daughters having clearly inherited the tendency to look like free spirits with a huge enjoyment of life, the filter is off in terms of the way that Anne behaves towards them in public.

“It can be a joy to watch, as it does allow us a peek of the real Anne.”

Far from the “hands-off” body language Princess Anne often displays in public, she is happy to relax when with the young royals.

“Her granddaughter takes the lead of the family dog, immersed in the fun of being given a more grown-up role.

“Anne holds her hand and looks on with an indulgent smile at the very confident-looking little girl.

“In one picture, Anne has actually made herself lower than her granddaughter here to show full, undivided and very doting attention.

“A kiss is wonderfully revealing of Anne’s tactile, loving side, and the way both she and her granddaughter perform it suggests it’s a regular feature of their relationship.”