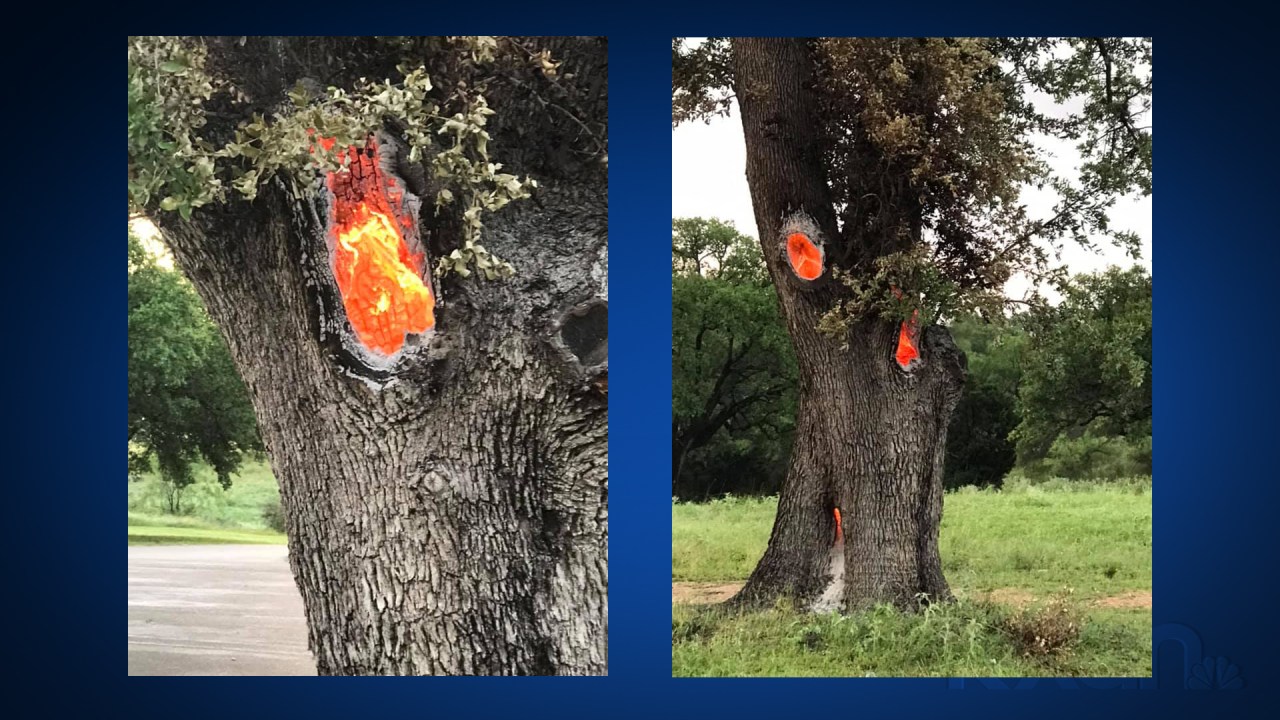 KINGSLAND, Texas (KXAN) — A tree still glowed with heat Thursday, a day after a bolt of lightning struck it at a Kingsland golf course.

Viewer Ronna Wilson sent us photos of the tree at Legends Golf Course that was smoldering from the strike a day after it was hit.

Storms that have the potential to produce lightning strikes are rolling through the KXAN viewing area the rest of the week. With periods of heavy rains at times, localized and flash flooding are possible and low water crossing could become impassable.

At 1:30 p.m. Thursday, the website ATXFloods.com said 124 low water crossings were closed across the viewing area.

Other viewers sent in photos of flooding across Central Texas. Austin Energy crews also worked to remove large trees or limbs that fell on power lines to restore service to customers.