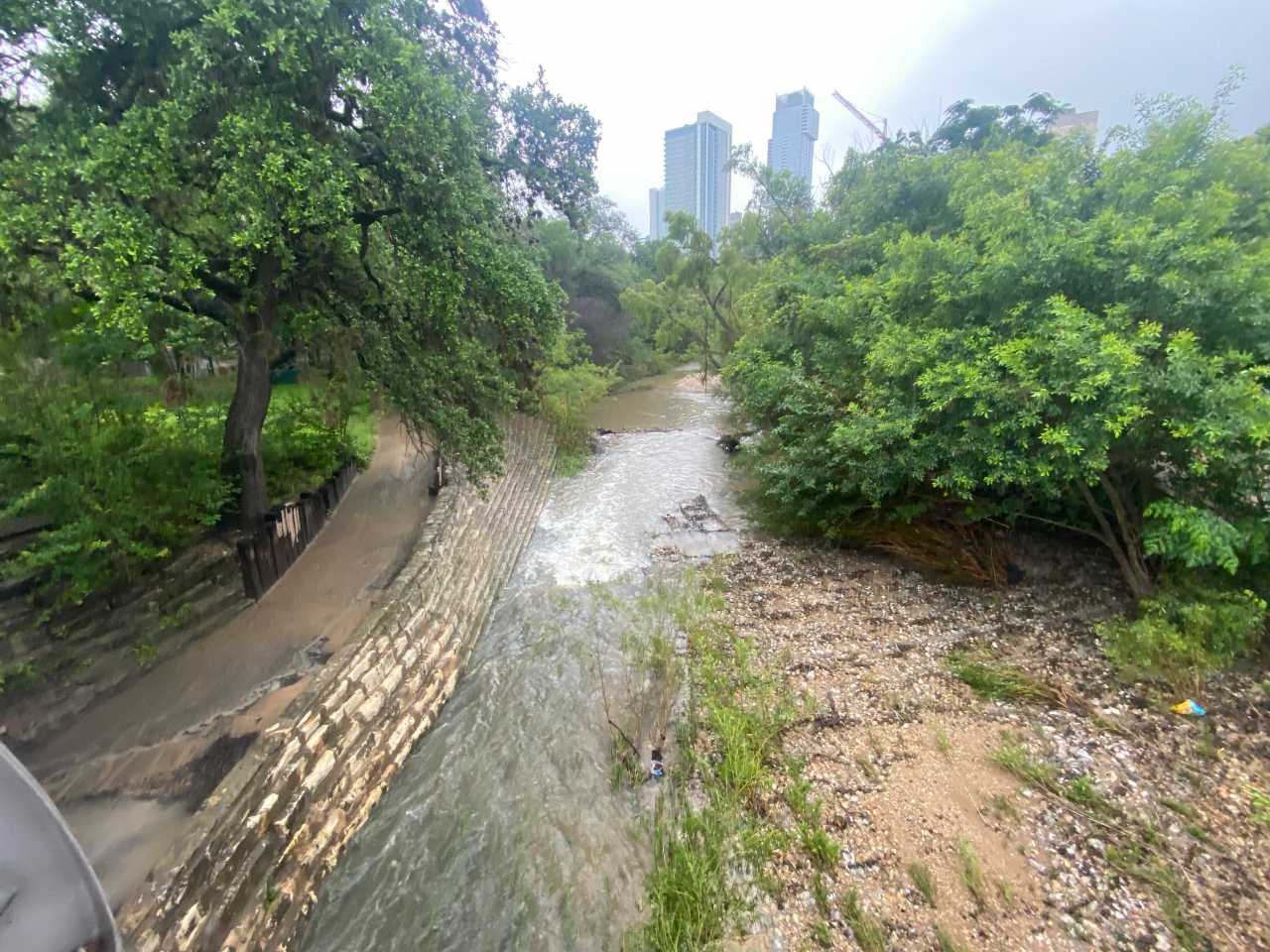 AUSTIN (KXAN) — May 2021 was the fourth wettest May on record at Austin-Bergstrom International Airport with over a foot of rainfall in the bucket. Camp Mabry was wetter than average as well, with 7.23″ of rain, surpassing the May average of 5.04″.

All of this rain has eliminated the drought conditions we had heading into spring, but it’s also had another benefit — delaying the brutal summer heat.

Wet weather corresponds to cooler temperatures as the clouds and rain help keep temperatures from rising too high. This is opposed to a sunny and dry day when temperatures can rise a lot higher.

Proof of this comes from this past month where we saw above average rainfall and 21 cooler than normal and 2 normal temperature days.

In addition to clouds and rain keeping us cool in the short term, waterlogged soils can help moderate temperatures in the long term, even after we see a stretch of sunny and dry weather. This is because as moisture in the ground evaporates, it causes the air to absorb it. And air with moisture in it takes longer to heat than air that lacks it.

As a result, it has a cooling effect to the air at the surface. And with much of Central Texas seeing close to (if not more than) a foot of rain in the month of May — with more rain on the way — it’s safe to say our soils are saturated.

The Climate Prediction Center is forecasting the wetter and cooler than normal conditions to continue into at least the middle part of the month.

Possibly no 100-degree days until July

So what does that mean?

With long-range forecasts continuing to point toward wetter and cooler than normal conditions through at least the middle of June, it’s likely that our first 100-degree day will be after the average date of July 4. This will be due to continued cloudy and rainy days as well as saturated soils keeping temperatures down even on sunny days.

Will we make it through 2021 without hitting 100 degrees?

Making it an entire summer in Austin without 100 degrees is doubtful. The last time Austin made it a full year with no 100-degree days was 1987.

The first day of summer is June 20, and it ends on Sept. 22. And Austin has seen numerous 100-degree days in every one of these months even on years with wet springs like we’ve seen this year.

So for now, enjoy the “cooler” than normal temperatures, because 100-degree days will be here before long!