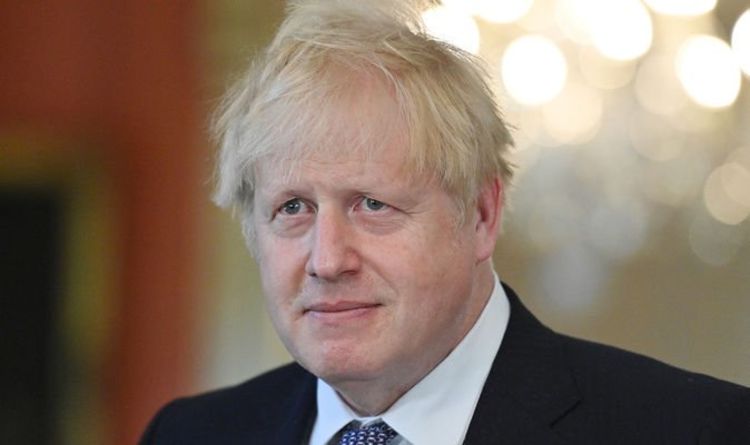 Government insiders have accused the EU of “purposely going slow” in approving British participation in Horizon Europe. Tensions between the EU and UK have been building over trade and the controversial Northern Ireland protocol.

Speaking to the Daily Telegraph a top Whitehall source suggested the delay in fully admitting Britain to Horizon Europe is “politically driven”.

They argued Brussels is attempting to put pressure on the UK over Northern Ireland customs checks which are infuriating unionists.

Horizon Europe is the EU’s main research and innovation programme.

It provides grants to institutions and encourages Europe wide cooperation.

According to the Telegraph Downing Street is keen for Britain to participate, but not at any cost.

Unless access is sorted the UK could withdraw from the programme altogether.

Speaking to the paper a Government source said: “The UK remains open to these programmes on the right terms, but the overall attractiveness is being called into question by the EU’s political point-scoring.

“This approach goes against the requirements of the agreement reached with the EU just six months ago, and we expect a swift resolution.

READ MORE: Nicola Sturgeon’s humiliation as she was forced to condemn independence banner

Under the terms of Boris Johnson’s trade agreement Northern Ireland remains closely tied to the European single market, to prevent a hard border with the Republic.

However this means customs checks are required on goods travelling between Northern Ireland and the rest of the UK.

Unionists argue this is an unacceptable infringement on British sovereignty, and have blamed it for some supermarket shortages in the province.

Earlier this year the UK unilaterally decided to delay imposing some customs checks, triggering a furious reaction from Brussels.

The EU has now launched legal action against Britain and is threatening additional retaliatory measures.

Loyalist rioting across Northern Ireland in April was attributed in part to anger over the protocol.

Earlier this month he announced new Brexit checks on pets travelling between Northern Ireland and Great Britain will be delayed.

He commented: “I have written to the EU on behalf of the people of Northern Ireland, highlighting that these requirements for pet travel are not necessary.

“Given that the last case of rabies on these islands was in 1922, these are unnecessary medical interventions.

“This issue is yet another example of why the Northern Ireland Protocol is not fit for purpose.”