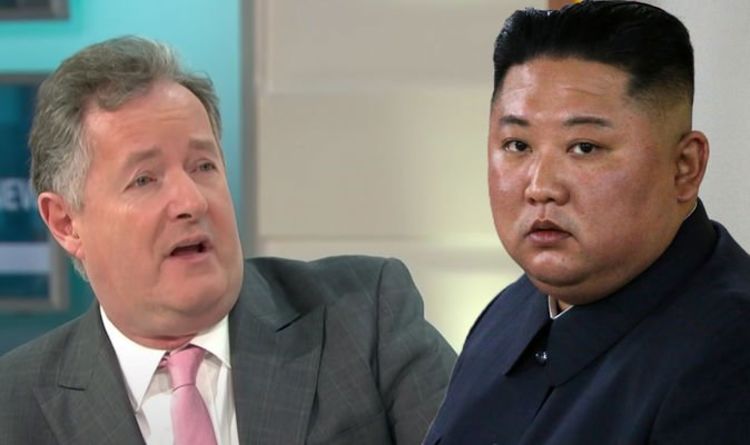 Piers, 56, sparked controversy in March after he famously criticised former Suits actress, Meghan, 39, following a series of claims she made during her landmark interview with Oprah Winfrey.

During the bombshell interview, Meghan and Prince Harry, 36, claimed that while the Duchess was suffering with her mental health, their pleas for help were “ignored”.

Just hours after the interview aired in the United States, Piers boldly said he wouldn’t even believe Meghan if she was reading a weather report.

His dramatic outburst led to Piers walking away from the programme after being criticised by the “woke brigade”.

In a new interview, Piers has hit out at he “woke”, likening them to Vladimir Putin and Kim Jong-un.

Appearing in a teaser clip for 60 Minutes Australia, Piers fumed: “Who are these ‘woke’ people?

“Marching around like they’re Kim Jong-un with a dash of Vladimir Putin.”

Addressing Harry and Meghan’s interview with Oprah, Piers also raged: “There were downright lies, that would make the Archbishop of Canterbury a criminal,” addressing claims that the pair wed three days before their official ceremony.

It continued: “Now, Piers Morgan is back and taking his fight straight to the palace.

“SUNDAY on 60Mins, why the king of controversy refuses to be cancelled.”

Following the news of how many complaints had been lodged, Piers responded: “Only 57,000? I’ve had more people than that come up & congratulate me in the street for what I said. The vast majority of Britons are right behind me.”

Despite walking away from Good Morning Britain, Piers claims that ITV has approached him to return to the programme.

He told The Sun that there had been “approaches” before adding: “I have no doubt I could take the ratings back to where I left them – but the doubt is, would anyone be allowed to do it that way again? I was hired to give very strong, honestly held opinions, which I did.”

“I saw Simon Cowell recently, and of course he got me my first big break in America,” Piers said.