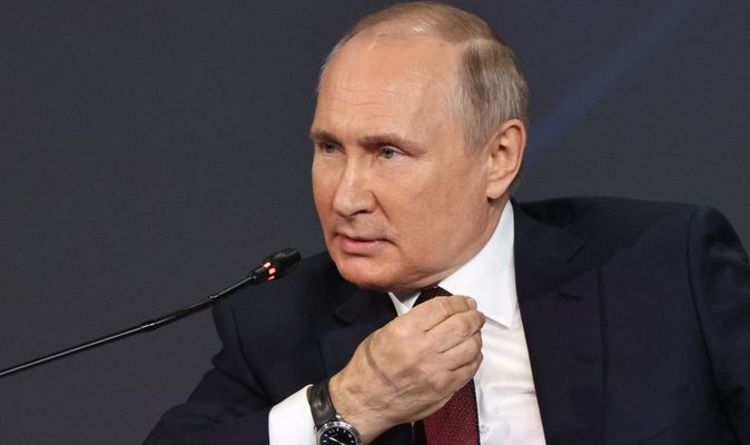 Speaking at an economic forum in St. Petersburg, the Russian president said relations between Washington and Moscow are “extremely low”. “We don’t have any issues with the U.S.” he said.

“But it has an issue with us. It wants to contain our development and publicly talks about it.

“Economic restrictions and attempts to influence our country’s domestic politics, relying on forces they consider their allies inside Russia, stem from that.”

The comments come as Vladimir Putin and Joe Biden prepare for a summit on June 16 in which they will discuss arms control, the Covid-19 pandemic, global conflicts and climate change.

He added: “You know what the problem is? I will tell you as a former citizen of the former Soviet Union.

“What is the problem of empires — they think that they are so powerful that they can afford small errors and mistakes.

“But the number of problems is growing. There comes a time when they can no longer be dealt with.

“And the United States, with a confident gait, a firm step, is going straight along the path of the Soviet Union.”

Relations between the US and Russia have plummeted in recent months after both countries exchanged blows over the expulsion of diplomats.

In addition, the US accused Russia of interfering in US presidential elections, which Moscow has denied.

He added: “I don’t expect any breakthrough results”.

The upcoming summit between the world leaders is set to be held in Geneva.