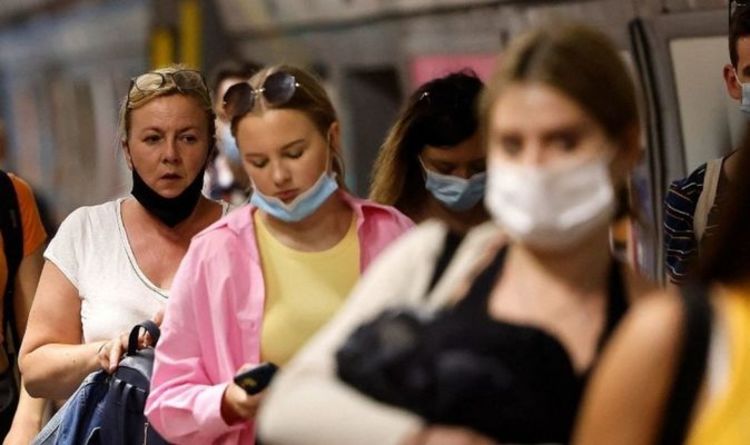 The figures marked a big jump from the 3,240 infectoins announced a week ago. The Government said a further four people had died within 28 days of testing positive for Covid-19 as of Sunday, bringing the UK total to 127,840. Separate figures published by the Office for National Statistics show there have now been 153,000 deaths registered in the UK where Covid-19 was mentioned on the death certificate.

Today’s death toll was down from 13 on Saturday and six last Sunday.

The weekly increase in Covid cases comes as millions of Britons prepare for the full lifting of restrictions later this month.

Boris Johnson is poised to fully lift the lockdown on June 21.

Despite the emergence of new variants and a rise in cases, ministers have not said the date will be pushed back.

However, a final decision has yet to be made.

The Prime Minister and his Cabinet members will meet on June 14 to decide whether to proceed with the plan.

On Sunday Matt Hancock, the health secretary, said it was too early to say if the date would be moved.

He said there had been a “very significant” impact from the delta variant of Covid, known as the Indian variant, over the last month.

It is now the dominant strain in England, according to official estimates.

Mr Hancock pointed to a renewed rise in coronavirus cases but stressed that he had been reassured by a broadlyy flat rate of hospitalisations and deaths as officials consider plans to end the lockdown.

In an interview with Sky News, he said: “It’s too early to make a final decision on that.

“The prime minister and I and the team will be looking at all the data over this week.

“We’ve said that we’ll give people enough time ahead of the June 21 date.”