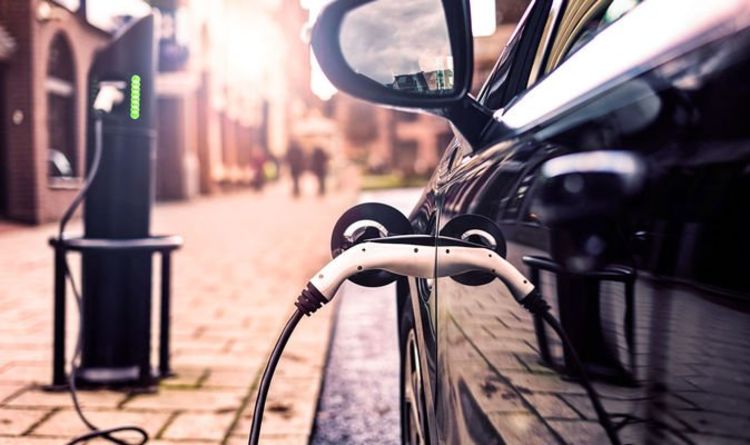 New research from Nissan has revealed cars are travelling around 630 clean kilometres further than traditional internal combustion engines. Owners of electric models completed an average of 14,200km every year compared to just owners of traditional cars who travel just 13,600km a year.

The shock finding comes as new data still suggest range anxiety is one of the biggest concerns among road users and a barrier to more people making the switch.

Over half of drivers who are unlikely to consider buying a fully electric vehicle said their biggest concern was low driving range.

A total of 56 percent of internal combustion engine drivers who are not considering an EV believe there are not enough charging points.

Almost half said there was not enough public charging infrastructure in place to run an electric vehicle.

Arnaud Charpentier, Region Vice President at Nissan was confident range anxiety would soon become an issue of the past.

He said: “This research reiterates that electric driving is not only a smart option beneficial to the environment but also a fun, exciting and convenient choice for the owners.

“It is no surprise that people now drive EV further than ICE cars.

“We are confident that with more EV on the road dispelling myths, range anxiety will soon be in the past.”

Electric car infrastructure is dramatically expanding to ensure drivers are fully catered for.

As of 1 April 2021, there were over 22,500 public electric charging devices available across the UK.

Of this total, there were a total of 4,259 rapid charging devices across the UK.

Available devices increased by over 2,000 during the first quarter of the year.

This was up nearly 10 percent on the previous quarter while 379 rapid charging devices were almost installed.

According to GOV.UK, this was the largest quarterly growth in both total and rapid devices since 2015.

Nissan promises there will be “more choice” to “inspire drivers” to make the switch to electric cars over the coming years.

Mr Charpentier said: “This is an exciting time for the automotive industry.

“As we continue to expand our electric line-up with the all-electric coupé crossover, the Nissan Ariya and the all-new Qashqai with our award-winning e-POWER technology, there will be more choice to help inspire drivers to make the switch and continue this positive trend of cleaner travel for our planet.”