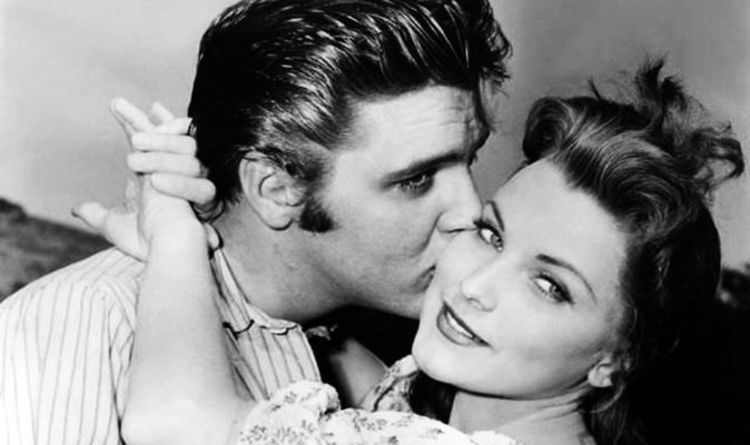 Like Elvis, Debra was deeply religious but also had a wilder side – which would be exposed three years later in one of the most provocative scenes ever seen on screen at that time. SCROLL DOWN TO WATCH

From the start, Elvis thought she was “the most beautiful girl he had ever seen.”

In 1997 Debra revealed: “Following the film, he did ask me to marry him but my parents objected to my getting married. I cared about Elvis, but being one not to disobey my parents, that did not take place.”

In fact, she was actually already engaged in a two-year affair with the billionaire industralist and film producer Howard Hughes – a man far more rich, famous and powerful than Elvis.

But Debra always spoke highly of Elvis in the following years, saying: “He was a precious, humble, lovely person. Elvis had a lot of talent; there was a lot of depth they never used. He could have been a fine actor.”

‘Looked, costar, Debra, Elvis, even, like, over, Paget, Priscilla, proposed