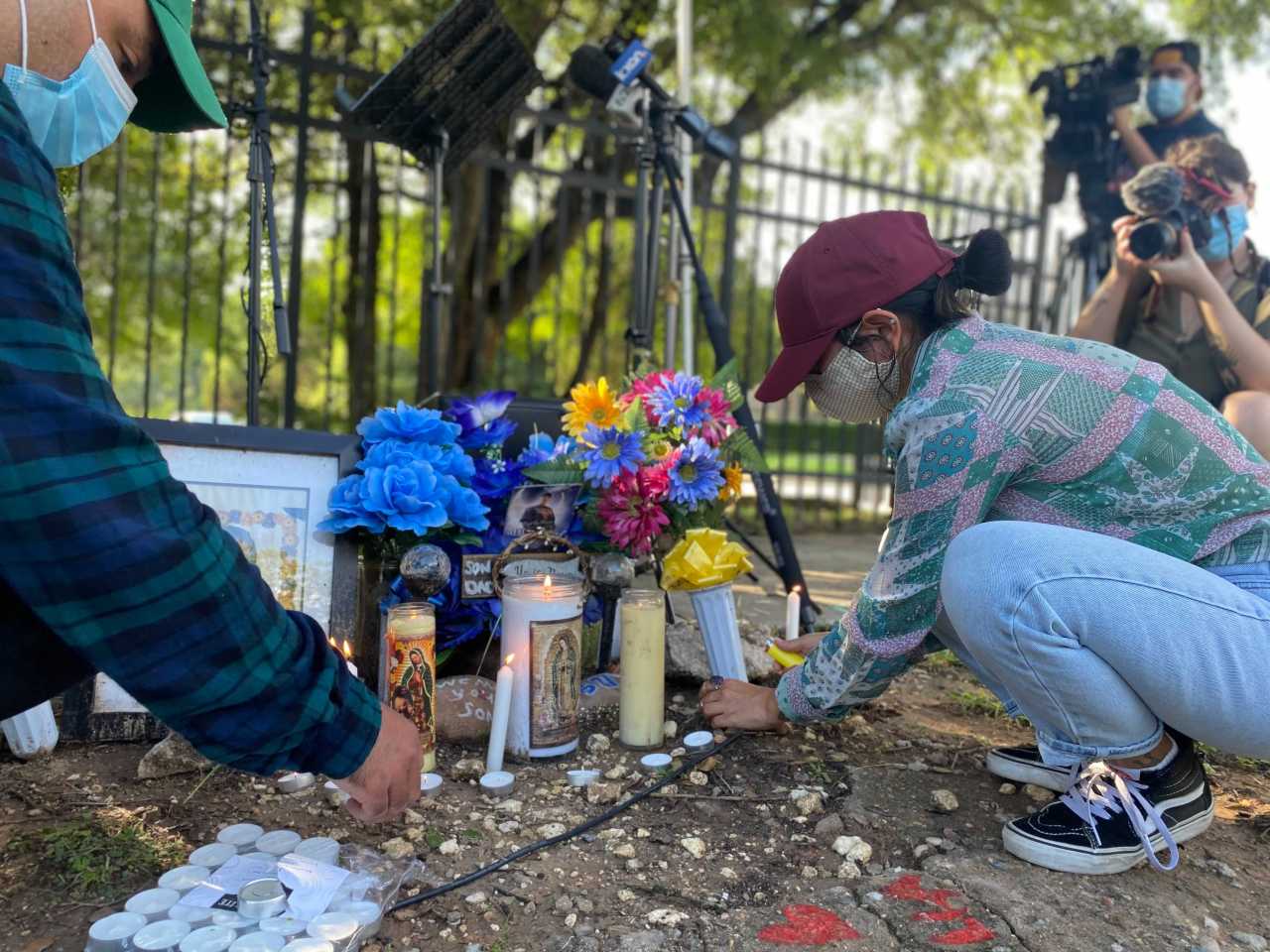 AUSTIN (KXAN) — The families and friends of two men shot dead in Austin in the last year held a rally Saturday to call for justice.

They gathered at the memorial site for Alex Gonzales in southeast Austin as investigations continue into the deaths of Gonzales and Garrett Foster.

Gonzales died in January after being shot by Luis Serrato, an Austin Police Department officer.

Travis County District Attorney José Garza previously said he expects an investigation into Serrato and his colleague Gabriel Gutierrez to be completed this year.

Foster was killed last July by Daniel Perry, an active duty sergeant with the U.S. Army, at a Black Lives Matter protest in downtown Austin where Foster was protesting.

A grand jury will convene this year to consider whether Perry should face criminal charges over the shooting, Garza said.

Police at the time said a car turned into a group of protesters in the roadway near 4th Street and Congress Avenue, and the driver told them he was approached by a man, later identified as Foster, who was carrying a gun.

A few days after the Foster shooting, an attorney representing the man who said he shot and killed Foster told KXAN it happened “in self defense.” The attorney identified his client as Daniel Perry, adding he’s from north Texas and has served a tour in Afghanistan.

KXAN received a 26-page presentation from Perry’s attorney Saturday detailing why he believes Perry was acting out of self defense.

The attorney claimed Foster raised his rifle toward Perry’s car before the fatal shots and said protestors were beating on Perry’s car when he tried driving through.

The presentation also disputed claims that Perry was purposely driving through the crowd to injure protestors.

“It was not immediately apparent to Sgt. Perry what group was demonstrating and, prior to turning down Congress Avenue, Sgt. Perry had been unaware that a demonstration was taking place,” wrote Perry’s attorney.

The presentation also said Perry had met a woman while he was driving for Uber earlier that day, and through texts, it shows Perry was making plans to meet up with her that evening.

“I simply ask that anybody who might want to engage in a hindsight review of this incident, picture themselves trapped in a car as a masked stranger raises an AK-47 in their direction and reflect upon what they might have done when faced with the split-second faced by Sgt. Perry that evening,” wrote Perry’s attorney.

The presentation has been sent to the district attorney’s office for review.

Supporters of the two men held a rally and press conference at the site of Gonzales’ memorial on Wickersham Lane where they demanded justice.

“It’s a struggle for us every day still, for me it is, and I can say that for all of us too, this struggle is hard. Not seeing him every day, not talking to him, not laughing with him…” Gonzales’ mother, Elizabeth, said at the rally Saturday.