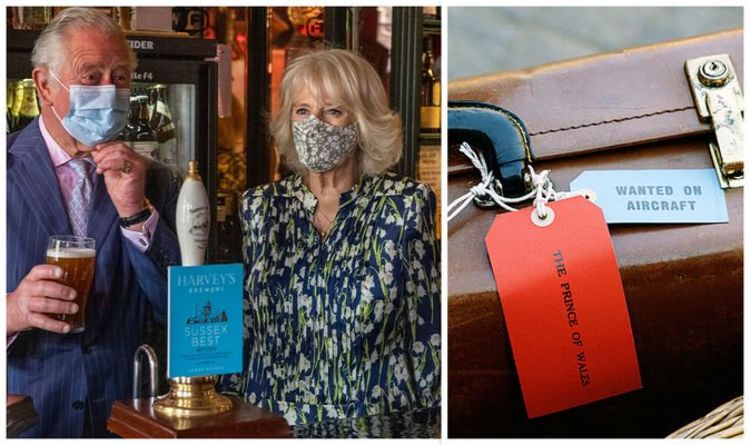 As the next in line for the throne, Prince Charles must travel around the world regularly representing the monarchy. Frequently travelling alongside his wife, the Duchess of Cornwall, the Prince of Wales has perfected the ideal packing list to keep them both content during their journey.

Prince Charles is not the only royal who has a specific list of essentials that must be packed when travelling.

According to insiders, Queen Elizabeth II often packs her own supply of water.

Speaking as part of Channel 5 documentary Secrets of the Royal Flight, former Royal Spokesperson Dickie Arbiter revealed: “The only thing the Queen requests to have wherever she is is Malvern Water.

“She likes Malvern water, it’s refreshing and they usually take lots of it with her.”

As well as strict criteria for her onboard refreshments, the Monarch also has some requirements when it comes to the type of food and snacks she enjoys while travelling.

Ms Andrews explained: “She particularly likes egg and cress sandwiches cut in particular ways and for supper, she always liked to start with smoked salmon.”

The Queen does have a few small treats she allows herself.

As author Andrew Morton explains in his 1983 book, Andrew: The Playboy Prince, she occasionally “allows herself one little indulgence – her love of chocolate mints.”