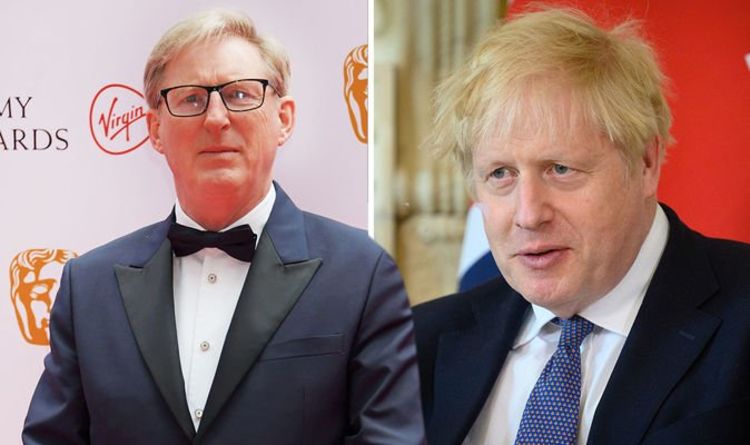 Actor Adrian Dunbar, 62, plays the no-nonsense bastion of AC-12 Superintendent Ted Hastings in Line of Duty. Speaking at the BAFTA TV Awards 2021 this evening, he revealed why he thinks people like his character. He said: “Well, I think it’s because he’s a bit old school, I think people like to believe there is someone like Hastings in charge.

“Somebody who’s got a bit of a moral backbone, it seems to be lacking in a lot of our leaders at the moment.

“Maybe that’s one of the reasons that people respond to him as a character.”

Adrian was also quizzed about a potential seventh series of the popular BBC drama.

The actor said he was unsure whether fans will get another series, revealing the cast are “very tired”.

He added on Good Morning Britain: “And suddenly the audience go, ‘Oh right, so there’s a cliffhanger at the end of the series’.”

Creator Jed tweeted of the backlash: “We knew a ‘down’ ending would rate less favourably with some viewers, however all 7 episodes varied by under 10 per cent on average viewer score.

“The research determines the episode ratings based on randomly polling viewers, rather than sites like imdb where scores can be skewed by users strongly motivated to register their immediate anger/adulation,” he added as part of a lengtyh thread.

Line of Duty’s Ted Hastings star attended the ceremony in London without his co-stars this evening as he takes on the role as a guest presenter.

He will be joined by the likes of Bill Bailey, Daisy May Cooper and Strictly dancer Oti Mabuse.

Comedian Richard Ayoade will be the main host of the event.

This year’s nominations include I May Destroy You, Sex Education, The Crown and Small Axe, which are up for multiple awards.

Opening the awards is singer Olly Alexander with a performance of his latest single Starstruck.