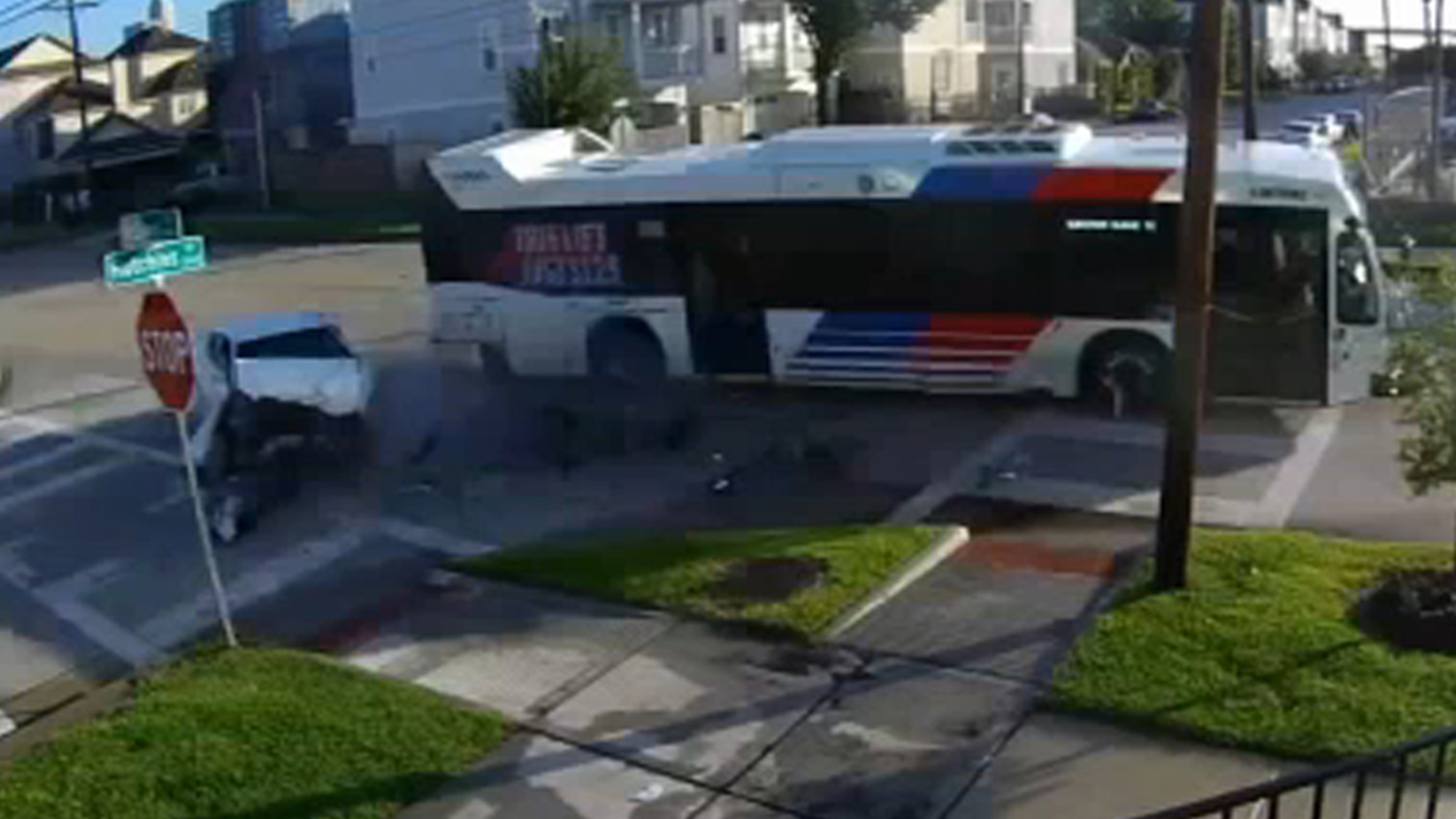 HOUSTON, Texas (KTRK) — A driver ran a stop sign and slammed into a METRO bus Sunday morning in Third Ward, according to authorities.

It happened just after 7:30 a.m. on McGowen and Hutchins.

Surveillance video shows the driver in the white car get of the vehicle moments after the crash.

According to authorities, the bus also stopped but that was not recorded on camera.

The bus driver was being looked at for any injuries, authorities said. No one had been loaded up on an ambulance.

Authorities have not said what charges the driver of the white car could be facing, if any.