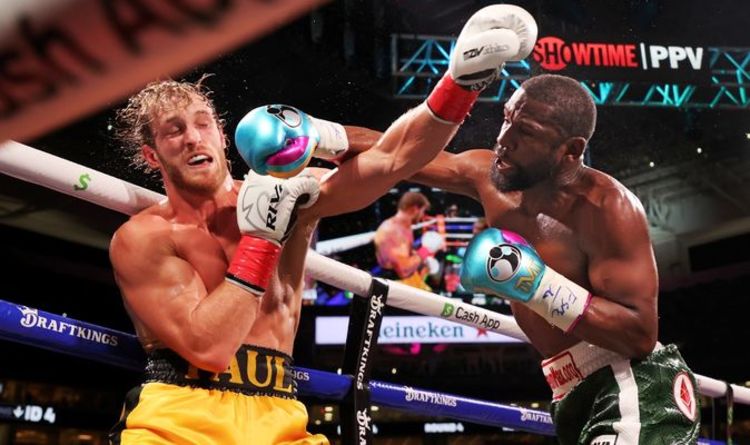 Mayweather was widely expected to toy with the taller, heavier, less-experienced YouTuber in their eight-round exhibition bout at the Hard Rock Stadium in Miami Gardens.

But, despite being by far the more skilled boxer in the ring on Sunday night, the undefeated legend couldn’t find the knockout punch to underscore his dominance over the dogged vlogger.

After a bout that was at times scrappy, as Paul frequently tied up Mayweather to avoid taking clean shots from close range, Mayweather admitted that the YouTube sensation had surprised him with his smarts inside the ring.

“I had fun,” he said after the bout, which had no official winner.

“You gotta realise i’m not 21 anymore, but it’s good to move around with these young guys, test my skills, just to have some fun.

“Great young fighter, tough, strong. He’s better than I thought he was.”

Mayweather said that Paul might struggle to continue his boxing career against similarly-sized fighters, but gave praise to his inexperienced opponent for putting up a tough fight in front of a huge pay-per-view audience.

“As far as with the big guys, the heavyweights, it’s gonna be kinda hard (for him),” he offered.

“But he’s a tough, rough competitor.

“It was good action, we had fun. I was surprised by him tonight.

Talk then turned to what might be next for Mayweather, with a potential rematch with Conor McGregor a possibility, while Paul’s younger brother, Jake, has also made no secret of his desire to step into the ring with the 50-0 legend.

But the Las Vegas native wouldn’t be drawn on his future plans as he hinted that his age may be starting to play a factor in his performances.

“I fought against a heavyweight, but I had fun,” he said.

“But I had fun, I’m pretty sure he had fun, and hopefully the fans enjoyed it.

“We don’t know what the future holds,” he continued.

“I’ll talk it over with my team and see where we go from here.