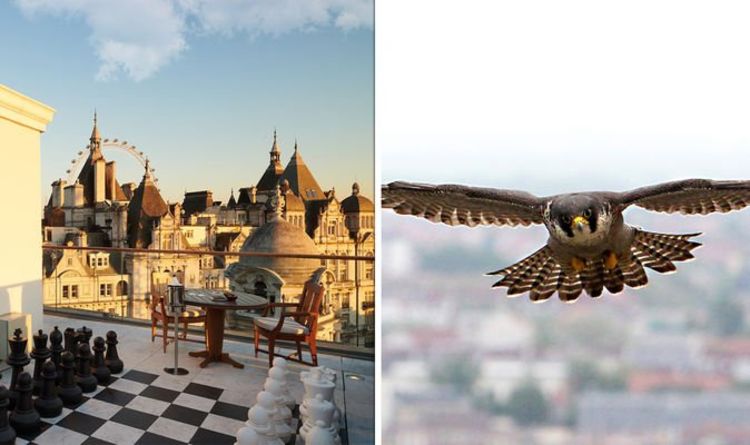 The Corinthia, next to Trafalgar Square in London, is one of the most expensive hotels in the UK. They take care of every single detail and make sure their guests’ stay is as comfortable as possible, but how do they assure they will have a good night sleep?

Falconer Phillip Huzzey explained: “I clean all the pigeons and all the seagulls off the building.

“Customers pay good money for their rooms and they don’t want the cooing sound of the pigeons in the morning.

“They don’t want the seagulls making a sound either,” explained the professional falconer.

The Corinthia not only wants to avoid the annoying cooing that might disturb their guests’ sleep in the morning but the very unpleasant situation birds can cause.

“When they walk out of the hotel they don’t want defecation on them.

“Some people say is luck, I say that is quite unlucky,” said the falconer.

Pigeons are probably people’s least favourite bird, and their cooing the most annoying sound.

The hotel has Phillip, a professional falconer, that heads to the roof of the building every morning to clean the air.

He always brings a falcon with him and after inspecting the sky, the falcon flies above the building to chase any flying creature.

Falcons are known to strike immediate fear into pigeons when airborne.

They are capable of covering large areas in a single session and are extremely effective at clearing large sites.

When the pair have got rid of all the unwanted birds, they head down and give the thumbs up to the manager.

Everything is now ready to welcome the VIP guests.

The hotel also revealed to have multiple entrances and to choose the right one for the right guest.

Many celebrities and European royals stay in the Corinthia, and they usually like to go incognito.

After the air cleaning, their stay will for sure be a safe one and their sleep won’t be disturbed by a sound, not even by chirping birds.