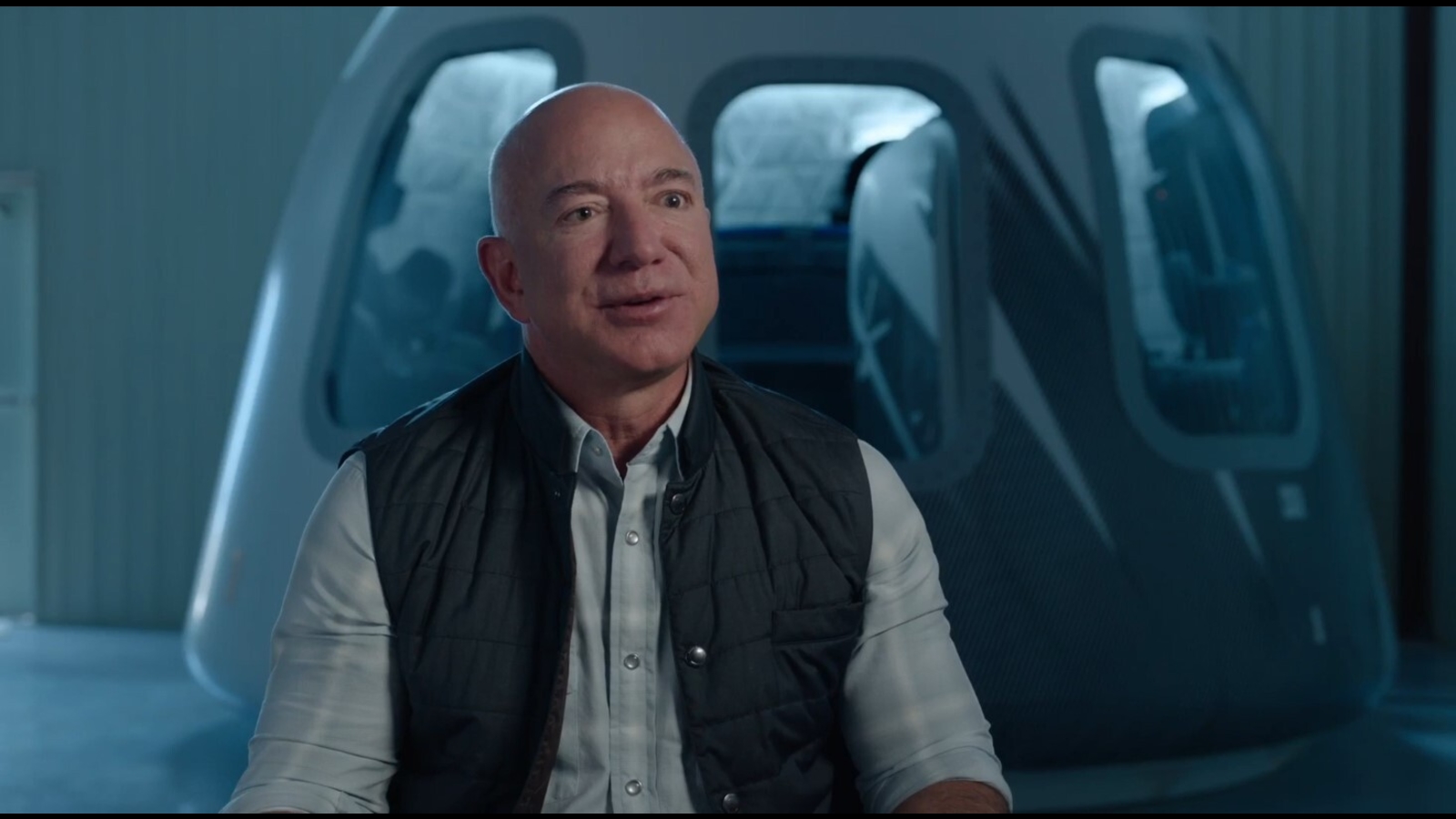 “Ever since I was five years old, I’ve dreamed of traveling to space. On July 20th, I will take that journey with my brother. The greatest adventure, with my best friend,” Bezos announced in an Instagram post.

July 20 is the anniversary of the Apollo 11 moon landing.

The auction for an open seat on New Shepard ends Saturday. The winning bid right now stands at $ 2.8 million

Nearly 6,000 people from 143 countries have already bid to fly, none knowing – but many suspecting – that they would be flying with the Amazon founder.

The winning bid amount will be donated to Blue Origin’s foundation, Club for the Future, whose mission is to inspire future generations to pursue careers in STEM and to help invent the future of life in space.

It will launch from remote Van Horn, Texas,100 miles east of El Paso.

This capsule was built with massive windows for a view.

When it launches the passengers will have quite the ride. They will be buckled in until they reach the edge of space – then they get to unbuckle and float for three minutes, before the capsule returns to Earth.

Bezos said in early February that he was stepping down as CEO of Amazon to spend more time, among other things, focused on Blue Origin.

“To see the Earth from space, it changes you, changes your relationship with this planet. It’s one Earth,” Bezos said in the Instagram post. “I want to go on this flight because it’s a thing I’ve wanted to do all my life. It’s an adventure. It’s a big deal for me.”