Zero Escape and Danganronpa are two of the most notable names in the visual novel space, so fans were understandably excited when the creators of these two juggernauts were revealed to be teaming up for a new project: World’s End Club. After a soft launch on Apple Arcade, the full experience has finally made its way to the Switch and it’s… well, it’s alright. World’s End Club plays with some interesting ideas over its run, but it’s ultimately let down by its story and puzzle platforming gameplay.

World’s End Club follows the story of the Go-Getters Club, an afterschool group of middle schoolers that suddenly finds itself cast into an apocalyptic nightmare when a meteor strike seemingly destroys civilization. The kids then wake up in an abandoned underwater amusement park and find themselves locked in a lethal “Game of Fate” where they’re all pitted against each other by a creepy fairy. The rules are simple. Everyone in the club is wearing a wristband that displays a Task for someone else, and the first person to fulfill their Task ‘wins’ while everyone else is killed off. 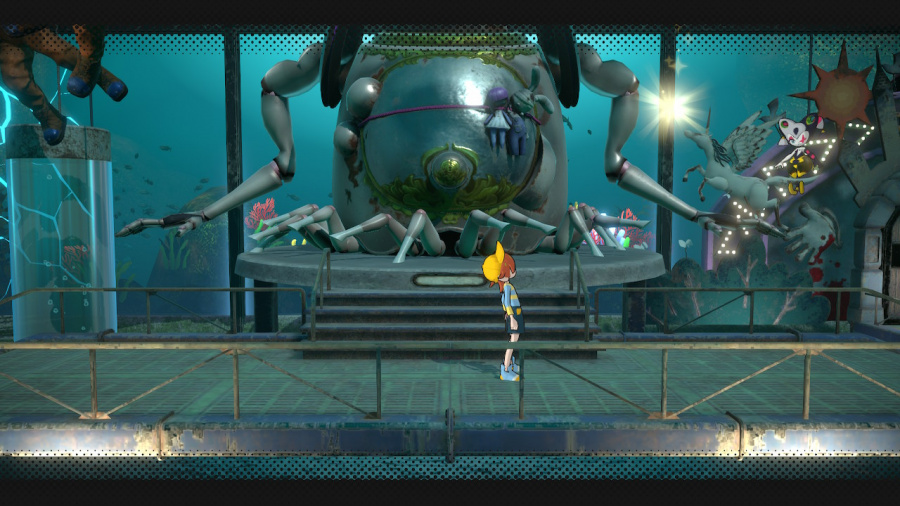 The Danganronpa influences in this early portion are unmistakable, and this section does make for a rather compelling tale. The manipulation, backstabbing, and general deception of the wicked game keeps things moving at an interesting pace, while the looming sense of mystery pulls you in. The only problem is that this section barely lasts an hour, and then the whole club goes on a less interesting road trip across Japan. We don’t want to spoil too much here, as the entire draw of a game like this rests on its narrative strength, but the main issue seems to lie in the character development.

It can be tough to balance a story anchored by an ensemble cast like this, and World’s End Club unfortunately doesn’t quite manage to nail the execution in this regard. Characters are mostly one-note caricatures of expected personality types and they don’t come together in a way that manages to feel fulfilling. As a result, we didn’t become too emotionally attached to this cast, and it made the ensuing events of their road trip feel hollow. World’s End Club features the kind of story that feels like half of the characters could’ve been cut to tell a much tighter, focused narrative, while the final product merely turns out to be ‘alright’. The cast and story is likable on a very surface level, but there’s just nothing here that really inspires strong feelings one way or the other. 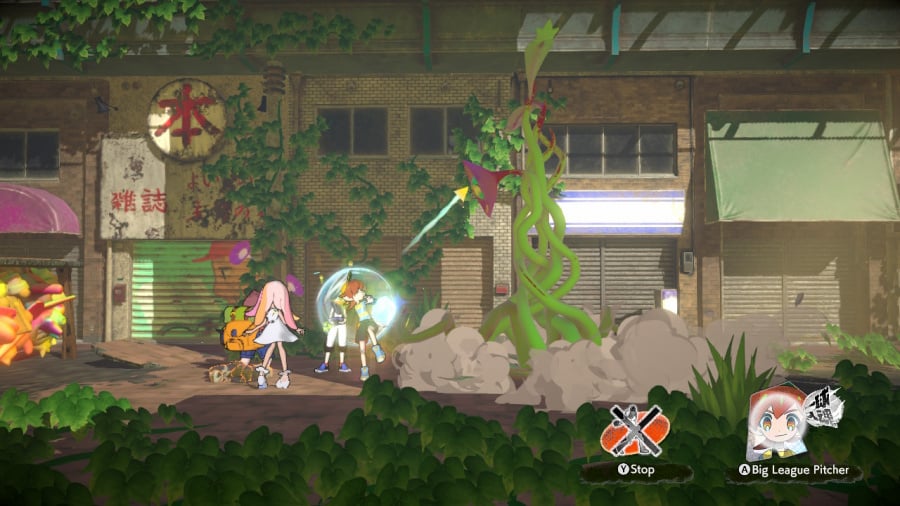 This would be fine if the gameplay was compelling enough in its own right, though this aspect also tends to be rather mediocre. When you aren’t reading through the mountains of dialogue, you’re tasked with playing some absolutely mind-numbing puzzle platforming sections that only bog down the pacing even further. The controls in these segments feel sluggish and unresponsive, and we had many deaths that felt unearned due to the inputs registering at weird times. Even when you get used to the controls, the level and puzzle designs are incredibly vanilla, rarely offering up any semblance of challenge.

The main gimmick to these portions is that each member of the club has a special power that can change how you interact with the levels, and you unlock more of these powers as the story unfolds. The problem here is that few of these powers bring anything interesting to the gameplay loop. Reycho’s ability to throw things, for example, is already a little simplistic to begin with, and this is only further underlined by the weak puzzle design not giving you creative ways to use that power. Even a relatively simple toolset could be made interesting if presented with the proper challenges for its application, and yet you’re never presented with anything that makes you really need to sit and think on what to do. 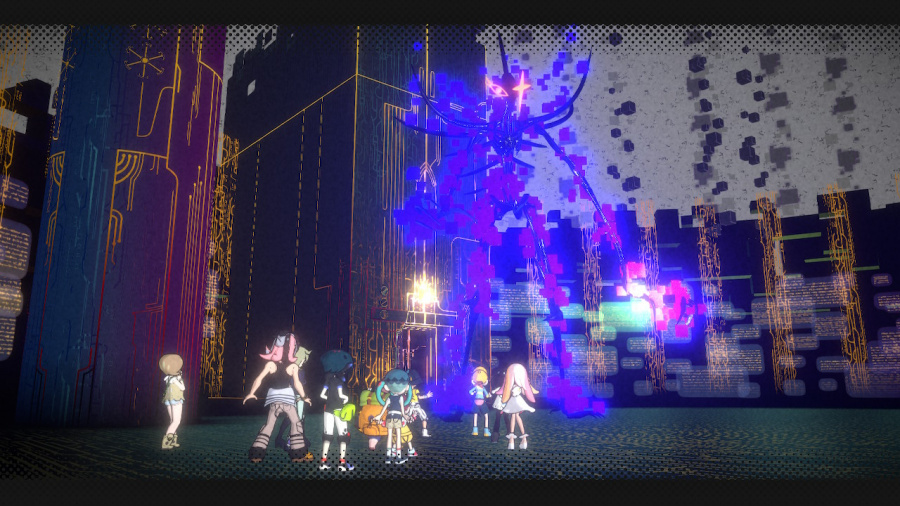 Taken together, the middling story and gameplay elements only serve to show you the barest glimpses of the better game that World’s End Club could’ve been. Games like Danganronpa or Afterparty show that a strong narrative is more than enough to carry a relatively basic gameplay premise, while games like the Trine series or Fez show that there’s an awful lot of interesting ideas one can explore in a puzzle platformer. Finding a way to mix those concepts into one excellent game isn’t something we’d say is easy, and World’s End Club is a great example of how difficult it can be to pull off.

Luckily, World’s End Club is buoyed by excellent visual and sound design, which are easily the best part of the overall experience. The art style mixes anime sensibilities with a comic book-like flair that vaguely calls to mind the doodles one might find in a middle schooler’s notebook. Characters each have a distinctive, memorable design and the voice acting—English or Japanese—is mostly top notch. In many respects, World’s End Club feels like a playable version of a vibrant anime series, so much so that we can’t help but wonder if it would’ve been better served as a show instead of a game.

We feel it also needs to be mentioned that World’s End Club feels a little too expensive given what’s on offer here. At the time of writing, World’s End Club will run you forty bucks to play. In exchange, the story should take you a little less than ten hours to clear, fifteen if you want to go back and try alternate paths. That’s a reasonable enough length but given the content, you might have expected it to launch for less. As ever, value is dependent on the player, but we’d recommend that you wait this out for a sale if you want to scoop it up eventually.

World’s End Club has some good ideas and a lot of heart, but it ultimately doesn’t come together as anything particularly notable. Though World’s End Club looks and sounds great, the monotonous platforming sections and hit-and-miss storytelling really drag the overall experience down. We’d give this game a light recommendation to fans of visual novels, but otherwise you’re better served playing the various better visual novels and puzzle platformers already on Switch. This is the very definition of ‘okay’.