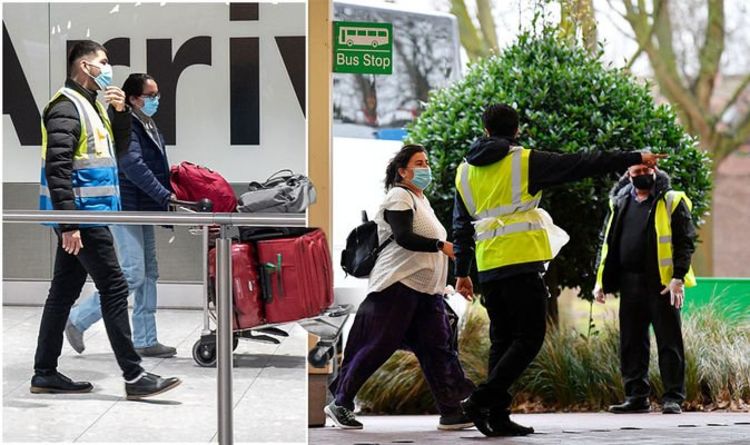 The number of destinations Britons can travel to this summer has already rapidly dwindled since Portugal was axed from the UK’s green list last week. However, for the Labour Party, the minute list of 11 safe countries simply isn’t enough.

Nick Thomas-Symonds MP, Labour’s Shadow Home Secretary has called for further action to be taken, with all amber countries to also be added to the red list.

“The UK Government must add all countries on the amber List to the Red List,” he commented.

This would mean Britons could not travel for “essential” purposes to the likes of Spain, France or Greece.

Furthermore, they would face 10 days of mandatory quarantine in a Government approved hotel at a cost of £1,750 per adult.

Travel expert Simon Calder has slammed the comments, describing the stance as “astonishing”.

He added: “It’s just an astonishing point that we have reached.”

Mr Charles was similarly aghast at the proposition, stating that by turning amber countries red, Britain would risk losing its “global” status.

He stated: “How on earth is a country like Britain supposed to be global Britain if it disconnects every other country in the world and shuts all of the borders?”

Mr Charles also pointed out that some amber nations, such as Malta, currently meet the criteria the Secretary of State for Transport Grant Shapps said the Global Travel Taskforce would follow when deciding the green list.

The travel experts also raised concerns about how the ongoing travel chaos is impacting jobs across the nation.

“Nobody in Government and nobody in the Labour Party, except for odd MPs, are saying hang on we used to have a really good travel industry,” said Mr Calder.

“We used to have millions of people employed in inbound and outbound tourism.

“Wouldn’t it be quite good if we thought of trying to keep them in jobs? But the Government and the opposition are not interested.”

Despite the majority of countries being on the amber list, many European destinations are already opening their doors to welcome back British tourists.

Spain currently allowing UK arrivals to enter regardless of their vaccination status.

France, meanwhile, has announced that from Thursday, June 9, fully vaccinated Britons can visit for leisure purposes.