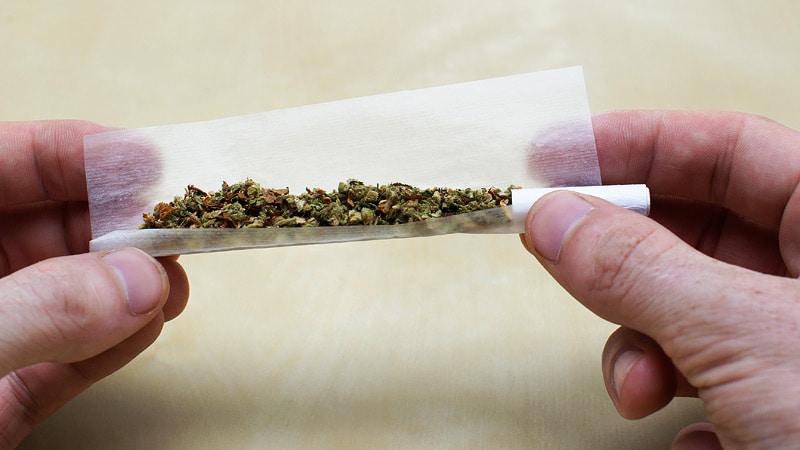 In an effort to boost COVID-19 vaccination numbers, several locations across the country are allowing adults to claim a free marijuana joint when they receive a shot, according to The New York Times .

On Monday, Washington’s State Liquor and Cannabis Board announced a “Joint for Jabs” promotion, which starts now and runs through July 12.

State-licensed marijuana retailers can provide customers who are 21 years old or older with a pre-rolled joint when they receive a first or second COVID-19 shot at an in-store vaccine clinic. The promotion applies only to joints, not other products such as edibles.

“The LCB received multiple requests from cannabis retail licensees to engage in promotions to support state vaccination efforts,” the board wrote in a statement.

“The LCB has provided dozens of allowances for alcohol and cannabis licensees throughout the COVID pandemic in an effort to support businesses during the restriction period and to support the vaccine effort,” the statement said.

As the rate of vaccination has slowed in the US since mid-April, states and companies have launched incentive programs to encourage people to get a shot, including lotteries with millions of dollars in cash prizes, full-ride college scholarships, vacation packages, custom hunting rifles and shotguns, custom cars, and free beer.

Last week, the Mint Cannabis Dispensary in Arizona partnered with a medical group to offer free on-site vaccines at its three locations, according to The Arizona Republic .

As part of the “Snax for Vaxx” event, those who got a shot and were 21 years old or older could receive a free pre-rolled joint and an edible cannabis gummy. In March, the dispensary offered a free edible to customers who presented a COVID-19 vaccination card, and the positive response led to the on-site vaccine clinic.

“We had a lot of people coming in and asking us, ‘I don’t have [the vaccine], where do I get it?'” Raul Molina, chief operating officer of the Mint, told the newspaper. “And that’s what led to this.”

Cannabis groups across the country have held various incentive programs this spring to encourage COVID-19 vaccines, according to Forbes . The DC Marijuana Justice group announced its “Joints for Jabs” campaign in early January and has since distributed more than 10,000 free joints at multiple events, the news outlet reported.

After hearing about the initiative, the New York Marijuana Justice group partnered with the DC group to plan giveaway events for April 20, as well as the NYC Cannabis Parade in early May. The groups continue to hold events when they have enough supply. Regulations prevent them from handing out joints from licensed businesses, so they’ve relied on donations from home growers.

“If we had more joints, we could do this every day with volunteers,” Adam Eidinger, co-founder of the DC group, told Forbes. “But we just don’t have the weed.”

Greenhouse of Walled Lake, a dispensary in Michigan, has also handed out free pre-rolled joints as part of its “Pot for Shots” program for customers who show a COVID-19 vaccination card. The promotion was extended throughout the spring due to an “overwhelmingly positive response.”

“We’re all hoping that the COVID vaccine is the beginning of the end for this pandemic that has taken such a toll on our neighbors, our communities and our nation,” according to the dispensary’s website. “If you choose to get the COVID vaccine (we always support the freedom of choice), this is our way of saying ‘thank you’ for helping to end this pandemic and getting us back to normal.”