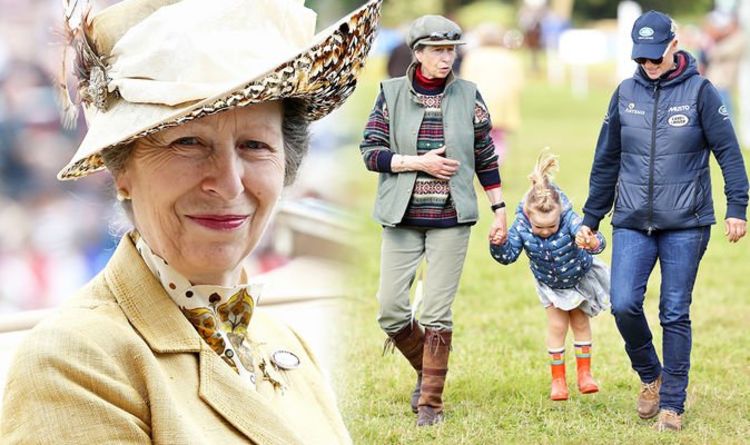 She suggested Princess Anne could be different behind the scenes to what is seen in public.

“Princess Anne has never been a lover of the PDA, posing in a more traditional, hands-off way with two husbands and her own children,” Judi said.

“But the way that daughter Zara has emerged as a wonderfully tactile and openly affectionate woman suggests there might have been a very different version of her mother away from the cameras.”

Judi continued to say Princess Anne is more publicly affectionate with her grandchildren than she is with others in public.

“With her grandchildren though we do finally get to see the more demonstrative side to the Princess,” the expert continued.

“Playful and doting, Anne blends the usual watchful eye of any grandmother with a tendency to join in games with an enthusiasm that makes her look like a child herself.”

Princess Anne has been a working royal for more than 50 years which means she is most often working on behalf of the monarch when seen in public.

Princess Anne seems happy for her grandchildren to have fun rather than worry about royal protocol, Judi concluded.

She said: “All children love to play swings between two adults and Anne chats to Zara here while allowing her granddaughter to play between them.

“Like Zara, Anne seems happy to encourage the energetically playful side of the girls, allowing them to enjoy tearing about and having fun rather than worrying about royal protocols.

“When she made the decision to drop royal titles for her own children Anne appears to have allowed them and their own children the freedom to be demonstrative and happily playful that she and her brother Charles rarely enjoyed.”