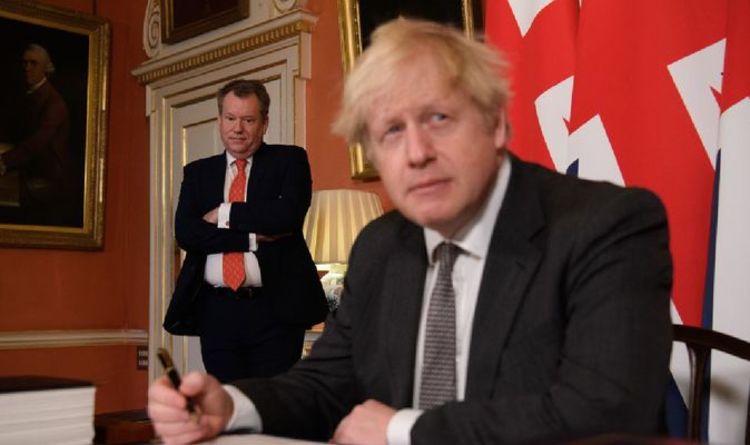 Currently, imports of chilled meats from the UK mainland are exempt from custom controls until the beginning of July. However, UK ministers are considering extending the grace period for chiled meats to ensure uninterrupted deliveries of sausages and mince to Northern Irish shops, according to the Daily Telegraph. The British Government has previously unilaterally extended grace periods for supermarket goods and parcels, infuriating Brussels.

As a result, the EU initiated legal proceedings against the UK for breaching the terms of the Northern Ireland Protocol.

Ahead of talks on Wednesday with Lord Frost, Maros Sefcovic warned the UK that any further breach of the protocol would elicit a severe response from Brussels.

Writing in the Daily Telegraph, the EU’s Brexit Commissioner said: “If the UK takes further unilateral action over the coming weeks, the EU will not be shy in reacting swiftly, firmly and resolutely to ensure that the UK abides by its international law obligations.”

He argued that the protocol was the “best solution” to the “type of Brexit that the current UK Government chose.”

EU officials have continually pointed the finger of blame at the UK for problems arising from the protocol.

They accuse Britain of failing to implement its provisions and for displaying an uncompromising and inflexible attitude towards resolving outstanding issues.

“It is not exactly coming at a good time to suddenly – at the start of July – happen and people can’t get supplies of chilled meat from Britain.

“Our focus at the moment is on getting something through the joint process, but the Prime Minister and Lord Frost have made clear that we keep all options under review.”