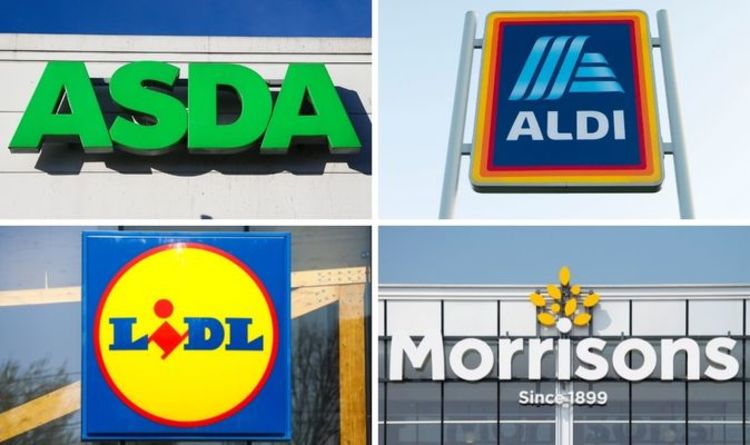 A monthly comparison by Which? looked at the prices of 20 essential grocery items including apples, eggs and bread. Over the 30-day period, prices of the food were analysed in different supermarkets including Aldi, Lidl, Morrisons, Tesco, Sainsbury’s and Waitrose to determine the cheapest.

Own-brand raspberries also had a £1.20 difference, and large free-range eggs, which had a £1.13 difference.

In April, Aldi took the top spot as the cheapest UK supermarket.

Which? also compared costs for a trolley of 82 items across branded and unbranded items at Waitrose, Ocado and the “big four” retailers.

Asda was almost £23 cheaper than the most expensive supermarket Waitrose, which would’ve cost customers £181.60.

Surprisingly, Tesco was the second most expensive retailer, with the large trolley of goods costing £168.88.

Ele Clark, Which? retail editor, said: “The weekly supermarket shop can have a big impact on people’s wallets.

“However, our latest analysis shows shoppers don’t have to pay over the oods for their favourite groceries if they go to Lidl, which was the cheapest supermarket in May.

“If you’re after a wider selection of branded goods, shoppers could make a big saving by heading to Asda, which is currently the cheapest of the ‘big four’ supermarkets.”

According to data from market research company Kantar Worldpanel, people have spent an additional £3.8billion in supermarkets over the past three months compared with the same period in 2019.

The company said the surge has come thanks to the continued roll-out of the COVID-19 vaccination programme, with more feeling safe to enter supermarkets.

Shoppers also made 58million more visits to the supermarkets this May than they did in May 2020.