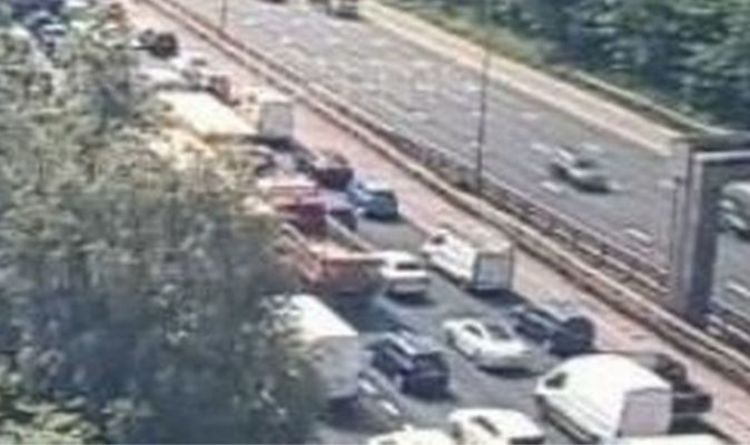 All lanes have been closed in both directions, according to Transport for Greater Manchester (TfGM). Emergency services are at the scene near junction 23. TfGM confirmed there are around 30 minute delays.

“This is due to an ongoing police incident.

“Delays are expected, plan your journey before you travel.”

Highways England tweeted: “#M60 clockwise at #J23 (#AshtonUnderLyne #A635) is closed within the junction.

“All traffic is being brought off via the exit slip, to re-join via the entry slip due to a Police incident.

“Traffic Officers, @NWmwaypolice, @NWAmbulance are on their way to the area to assist.”

They added: “There are 30 minute delays on approach to this #M60 incident (above usual journey times) spanning 2.1 miles back to J22.

“Traffic is advised to follow the hollow circle route to re-join the M60 at J23 or J24.

They tweeted: “M60 within j23 CLOSED both ways.

“Police and Air Ambulance at the scene.

“Congestion on the A635 Manchester Rd with 1 lane closed w/b over the motorway.