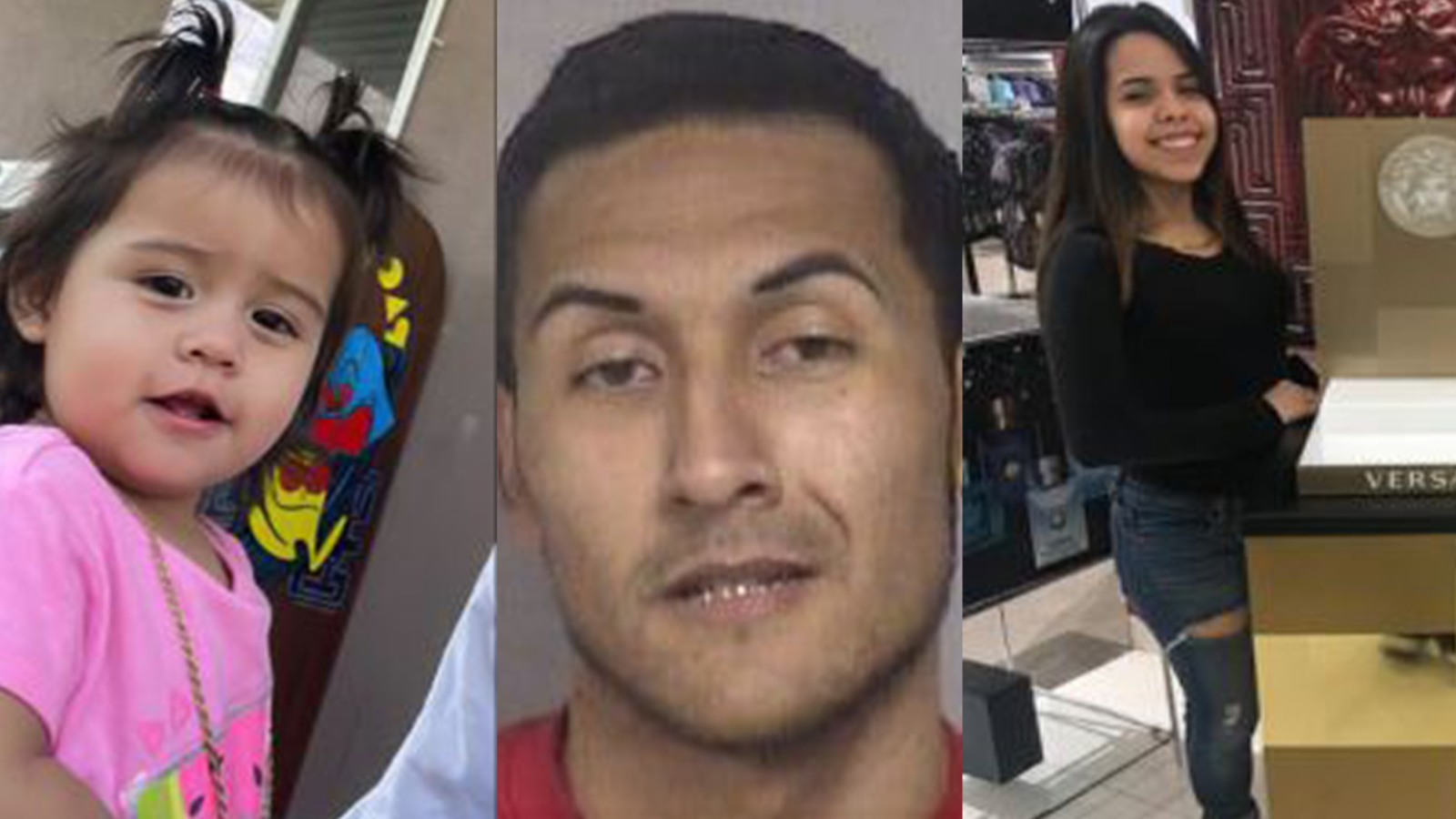 CORPUS CHRISTI, Texas (KTRK) — A man wanted for murder is accused of kidnapping his 18-year-old ex-girlfriend and her 1-year-old daughter, according to police in Corpus Christi.

Investigators said 24-year-old Kristian Garcia went inside the home of his ex-girlfriend, 18-year-old Jezabel Zamora, without consent. Officers were dispatched to the home around 3:17 p.m. on Tuesday.

Garcia is currently wanted for murder and aggravated robbery, according to police.

Zamora told officers Garcia forced her and her daughter, Zaylee Zamora, to leave with him against their will. The two are believed to be in danger, authorities said and an Amber Alert was issued late Tuesday night.

Garcia is described to be about 5 feet 7 inches, weighing about 160 pounds. He has black hair and brown eyes and was last seen wearing a white hoodie.

Zamora is reportedly 4 feet 11 inches tall and weighs about 97 pounds. Authorities say she has black hair and brown eyes was last seen wearing a camouflage tank top and blue jeans. She also has the following tattoos: Medusa tattoo on her left thigh, a rose on her right forearm and a tattoo of the name “Zaylee” on her left shoulder.

Zaylee Zamora is described to be a Hispanic girl, stands at about 2 feet 2 inches and weighs 25 pounds. She also has black hair and brown eyes.

Anyone with information is asked to call the Corpus Christi Police Department or local authorities.

You can view all active Texas Amber Alerts from the Texas Dept. of Public Safety here.