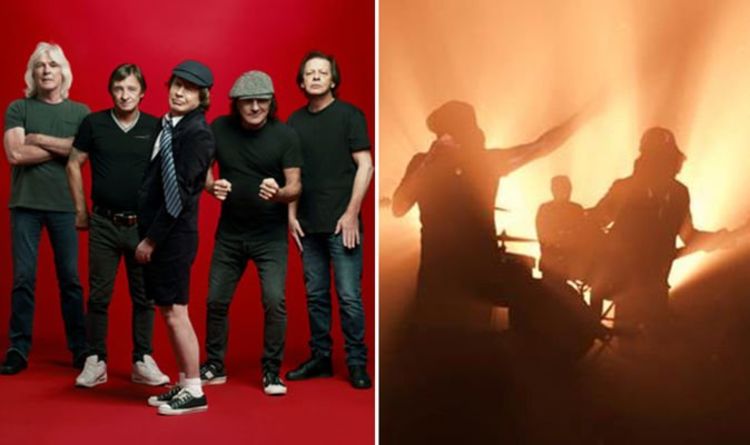 After a few teases, AC/DC have released a brand new music video for their Witch’s Spell track. The song features on the band’s latest album Power Up, which stormed the charts late last year, debuting at No 1 in the UK. The Witch’s Spell video was directed, edited and animated by Wolf & Crow using band performance footage shot by Clemens Habicht.

Power Up was generally well-received by music critics and has sold 1.4 million copies worldwide.

The record is the band’s first since the death of AC/DC co-founder Malcolm Young in 2017 and serves as a tribute to him.

In fact, recording the album and performing for this music video and others like Shot in the Dark saw the band’s classic line-up reunited.

After all, as AC/DC closed their 2016 Rock or Bust World tour, Angus Young was the only original member left standing at the time.

While the late Malcolm Young had retired from music after his dementia diagnosis, drummer Phil Rudd was unable to take part in the tour due to ongoing legal problems at the time.

Then as the tour kicked off, Brian Johnson was forced to step back as singer at risk of permanently losing his hearing, so Guns N’ Roses star Axl Rose stepped in.

And at the conclusion of the tour, bassist Cliff Williams announced his retirement from performing.

Nevertheless, AC/DC managed to get back together to record their tribute album to Malcolm just a few years later.

Cliff said how AC/DC had some “great rehearsals” earlier on in 2020 before the coronavirus pandemic kicked off.

The bassist said: “The band was playing really well. So [they asked me], ‘Do you wanna do a few shows?’

He agreed to this, adding: “We were planning on doing that. Everyone goes home to their respective homes, and bang, we’ve been here ever since [in lockdown].”

But also clarified why he doesn’t want to tour with AC/DC anymore beyond those few shows, saying: “I definitely have some physical issues, which I won’t bore you with the details of. But, yeah, it’s tough. I’m very grateful for everything. It’s been fantastic. But I just don’t wanna do that anymore.”