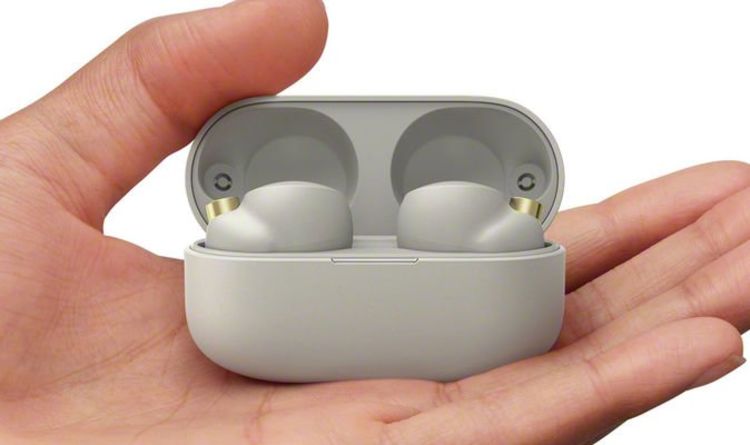 Sony already makes some of the best noise-cancelling wireless earbuds around, but things are about to get a whole lot better. The Japanese firm’s new WF-1000XM4 have been revealed with a new sleeker design and plenty of improvements in the sound department too. Nestled inside these mini music-makers is a newly designed 6mm driver unit that boosts the volume and helps bring a “rich and more immersive sound” to your ears, Sony claims.

Just like its previous generation of Bluetooth earbuds, Sony’s new WF-1000XM4s offer full noise-cancellation, but things are taken up a notch thanks to an improved Processor V1. The company is boasting that this new brain “delivers the industry’s highest level of noise-cancelling yet”, plus it also uses less power than its predecessor meaning they last longer.

Helping things further are newly-developed Noise Isolation Earbud Tips which provide the ultimate fit – that not only makes them more comfortable to wear but stops outside sound leaking into your ear canal. When you’re out and about the WF-1000XM4 include Adaptive Sound Control which adjusts ambient sound settings, depending on the environment around you, for the ideal listening experience.

Other audio features that are worth a mention include full compatibility with stunning High-Resolution Audio music tracks and there’s a technology inside called Digital Sound Enhancement Engine which upscales compressed digital music files in real-time to make everything sound better.

When you head into a coffee shop to buy your morning brew, the WF-1000XM4 now feature Sony’s Speak-to-Chat technology which cuts off the sound the minute the earbuds hear your voice. That means you can talk to people and hear their response without needing to take the buds out of your ears.

Quick Attention’ mode is available on the WF-1000XM4 so if you want to listen to an announcement or say something briefly, you simply place your finger over the left earbud to decrease the volume instantly and let ambient sound in.

Another nice addition is a better experience when making voice calls. Sony says that speaking hands-free with the WF-1000XM4 has been improved thanks to Precise Voice Pickup Technology with microphones and a bone-conduction sensor. Beam-forming microphones are also calibrated to only pick up sounds from your mouth, Sony says.

One of the biggest drawbacks of wireless earbuds can be battery life but Sony appears to have fixed this as well with its WF-1000XM4 offering 8-hours of playback. Once flat, the new and smaller charging case offers a total of 24-hours of music before needing a refill. There’s also another nice boost as a quick 5-minute quick charge gives you up to 60 minutes of playtime.

As you might expect, the WF-1000XM4 are fully compatible with Alexa and Google’s Assistant plus they should survive the British weather thanks to an IPX4 water resistance rating.

They will be available this month and cost a rather hefty £250. If Sony can deliver on everything it has promised with the new tech crammed into these lightweight ‘buds, they could be worth the cash. We’ll have to get some in our ears to find out, stay tuned!