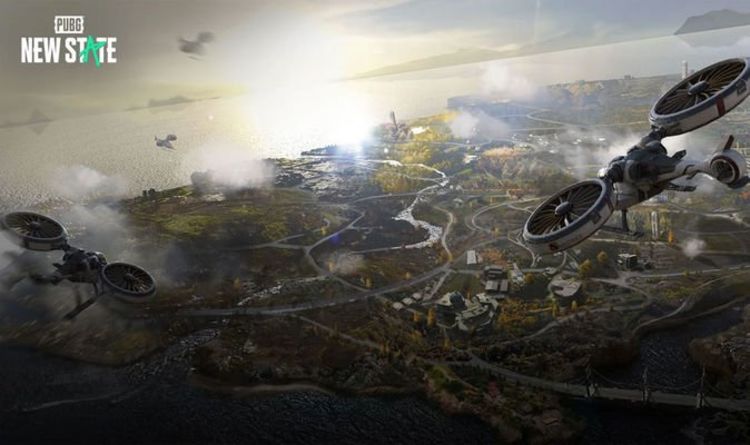 The countdown has begun to release the PUBG New State Alpha Test, which is expected to be one of the biggest game launches on the Mobile platform.

Set to expand on the success of PUBG Mobile, New State will boast a new setting, maps and the range of near-future weaponry.

And with PUBG Mobile providing such a massive hit via developers Tencent, New State has a lot to live up to.

Gamers will be expecting to see improvement in visual fidelity and gameplay but will also want to see what made PUBG Mobile such a hit stay intact.

The good news is that the PUBG Mobile New State Alpha Test should help answer several questions gamers have regarding the new title.

However, while Krafton is allowing some people to play New State in June, there will be limitations.

It appears that the PUBG Alpha Test will be limited to the United States and will only be available on Android.

Gamers had a short period to sign up, but even if you did, there is no guarantee you will get access.

The closed PUBG: NEW STATE Alpha Test for Android users in the United States will run from June 11-13, and those eligible and interested in participating in the Alpha Test could apply until June 6 at https://newstate.pubg.com/.

According to the official announcement, the U.S.-only PUBG: NEW STATE Alpha Test will be focused on measuring an early version of the game’s performance, server and network stability, and in-development gameplay systems.

The feedback will “help ensure the company meets the expectations of its community when PUBG: NEW STATE is released later this year.”

During the Alpha Test, players will be able to drop into TROI, a futuristic 8×8 map, where they will be able to experience distinct gameplay features in advance of launch and explore a section of the PUBG universe in 2051.

“We are committed to using all the valuable community feedback and game data we receive during the Alpha Test to improve and deliver an experience that meets fan expectations when it launches,” said Minkyu Park, Executive Producer for PUBG: NEW STATE.

“Our goal is to craft a truly enjoyable gameplay experience for players across the world, and we can’t wait to get the game into the community’s hands soon.”

The PUBG New State Alpha only lasts a short period and is expected to be followed by further Beta Tests.

So far, no set release date has been shared regarding when New State will be available to play on Android and iOS.