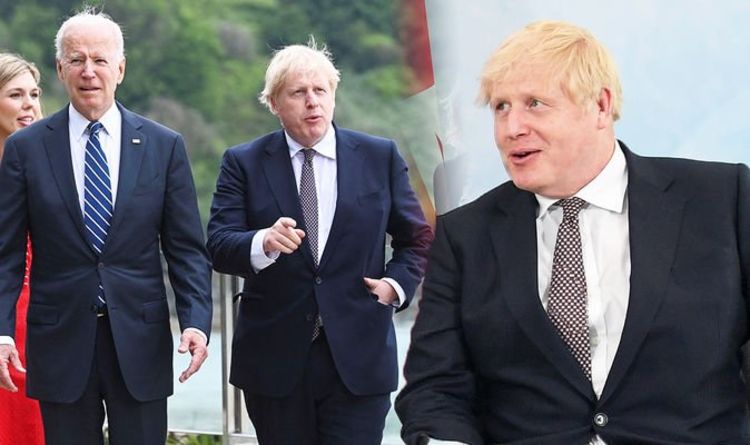 “Boris’s splayed hand and raised thumb suggest he is engaging the President in some amusing conversation and the President does reply with a wide, rictus-style grin that looks a little like an polite but over-performed, overkill signal.”

She continued: “The intentional rituals suggest a desire to show bonding and friendly rapport between the two leaders although their body language clearly defines them as two very different characters.

“Boris sits splayed in his seat with his knees wide apart in an alpha power signal and his hand on his thigh.