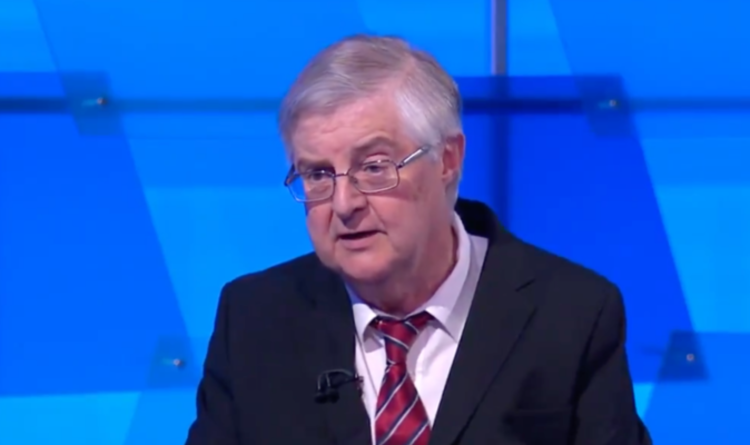 The First Minister for Wales has defended his cautious stance against the Delta variant, which is thought to be spreading rapidly among younger unvaccinated people. On Thursday’s BBC Newsnight, Mr Drakeford doubled down on the decision to review of the coronavirus restrictions every three weeks.

Asked about his opposition to setting a date for the easing of lockdown rules, Mr Drakeford said: “Well, we give dates every three weeks.

“So, we’ve been on a three-week decision-making cycle for more than a year now, people in Wales are very used to that.”

He said: “I think it’s too optimistic to say that vaccination has broken the link between falling ill and hospitalisation with the new Delta variant.

“We really don’t know that sufficiently to be confident that the vaccination is going to defend us in exactly that way.”

The Delta variant was first detected in India and currently represents the biggest threat to Britain’s roadmap out of lockdown.

It is believed to be around 40 to 60 percent more transmissible than the Kent mutation detected last winter.

The latest weekly report from Public Health England showed infection rates surged at the highest rate in the northwest – increasing to 149.6 cases per 100,000 people in the seven days to June 6.

The uplift in cases since February has been attributed to this variant, with more than 7,000 cases reported on both June 9 and 10 this week for the first time in weeks.