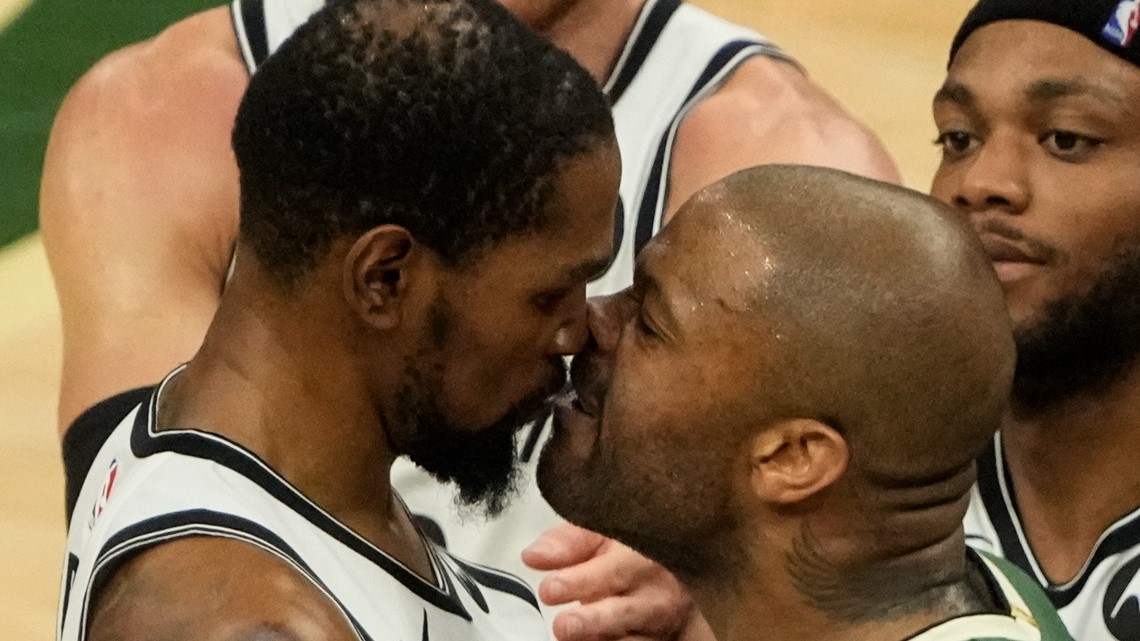 The league says the security guard won’t be assigned to the court area for the rest of the series.

MILWAUKEE — The NBA has disciplined the Brooklyn Nets security guard who went on the Fiserv Forum court and appeared to shove P.J. Tucker during a confrontation between the Milwaukee forward and Nets star Kevin Durant on Thursday.

The people spoke to The Associated Press on condition of anonymity because those details weren’t announced. The Athletic first reported Lambert’s name.

The situation stems from an incident that occurred in the third quarter of the Bucks’ 86-83 Game 3 victory.

Tucker appeared to be complaining after getting called for fouling Durant. Tucker and Durant then started jawing at each other as they got face to face. The security guard went on the court during this confrontation and put his hands on Tucker.

Milwaukee coach Mike Budenholzer said Saturday that he wasn’t aware of the Bucks contacting the league to look into the matter, but he added that he didn’t think it would be right for a security guard to put his hands on a player.

“If it’s a Nets security guy and he’s bumping our player and things like that, it doesn’t seem like that’s the protocol, and that’s kind of what we would expect from any type of security, whether it be Bucks or Nets or Fiserv or Barclay’s Center or wherever you may be playing,” Budenholzer said. “I don’t think you want to bump and escalate things.”

The Nets lead the best-of-seven series 2-1. Game 4 is Sunday in Milwaukee.