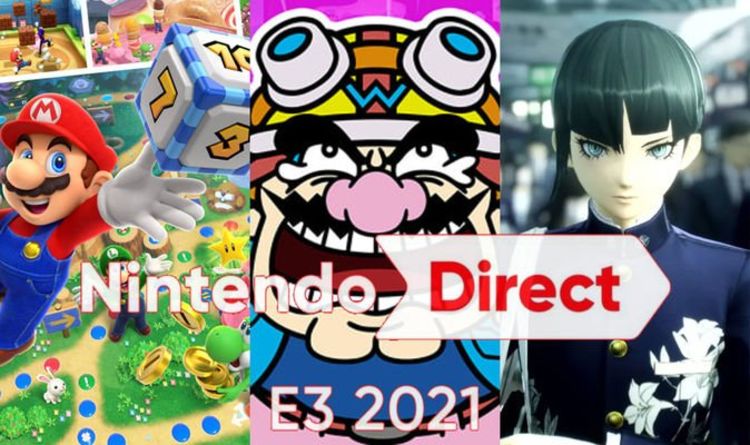 Today Nintendo hosted their big E3 2021 Direct, and while the reveal of the latest Zelda Breath of the Wild 2 trailer was the big announcement there were plenty of other reveals to get excited about. The House of Mario showcased a tonne of games heading to the Switch in 2021, including Shin Megami Tensei V (which was first unveiled in 2017) as well as previously unannounced games like WarioWare: Get It Together and Mario Party Superstars.

Life is Strange True Colors and the Life is Strange Remastered Collection (which includes the beloved original and the brilliant prequel Before the Storm) is heading to the Switch.

Life is Strange True Colors launches on the Switch on September 10, while the Remastered Collection is arriving later this year.

GUARDIANS OF THE GALAXY

The recently revealed Guardians of the Galaxy game from Square Enix will be heading to the Switch.

The Eidos Montreal developed title will launch on the Switch on October 26, the same day Star Lord, Groot and co hit other platforms.

However, the Switch version will be a cloud-only title. So you’ll need to be connected to the internet to play it.

The official blurb for the game says: “Samus’ story continues after the events of the Metroid Fusion game when she descends upon planet ZDR to investigate a mysterious transmission sent to the Galactic Federation. The remote planet has become overrun by vicious alien lifeforms and chilling mechanical menaces. Samus is more agile and capable than ever, but can she overcome the inhuman threat stalking the depths of ZDR?”

The title first launched for the PS4, Xbox One and PCs in January 2020.

The Cruis’n series is making a return, with arcade racer Cruis’n Blast launching this autumn.

If you’ve been a Nintendo gamer for some time then this release could give you plenty of nostalgia, with the first game in the series – Cruis’n USA – an N64 hit in the 90s.

Woohoo, a new WarioWare game is coming to the Switch! The anti-Mario will be starring in another bumper selection of off-the-wall mini games in WarioWare: Get It Together!

The new WarioWare game is out on September 10.

The latest Nintendo Direct also gave us our best look yet of Shin Megami Tensei V.

Gameplay footage of the highly anticipated Atlus RPG was showcased in the Direct while a SMT V release date was also announced.

Finally, the Danganronpa series is heading to the Switch.

The dark visual novel series – which became a cult classic on the PS Vita – is getting a Switch collection.

All games in the collection will also be available as individual eShop purchases.

Another great announcement for lovers of Japanese games, Project Zero is making a comeback on the Switch.

The Wii U game Maiden of Black Water is getting ported to the Switch in 2021.

In a surprise announcement, beloved Gameboy Advance series Advance Wars is coming out of the wilderness.

It’s out on December 3 and marks the first Advance Wars games since 2008.

There was plenty of Zelda news announced at the Direct also, which we’ve covered in depth in other articles.

Hyrule Warriors DLC and a Zelda Game & Watch was announced, while fans also got another look at Skyward Sword HD ahead of its release next month.

But the biggest announcement was the reveal of a new Breath of the Wild 2 trailer – the first in two years.

If you love bullet hell games, then it’s also been revealed that Cave – one of the masters of the genre – are releasing Mushihimesama for the Switch.

It’s out today and was revealed in the Japanese edition of today’s Direct.

Cave also plan to release Espgaluda II and DoDonPachi Resurrection for the Switch in 2021.