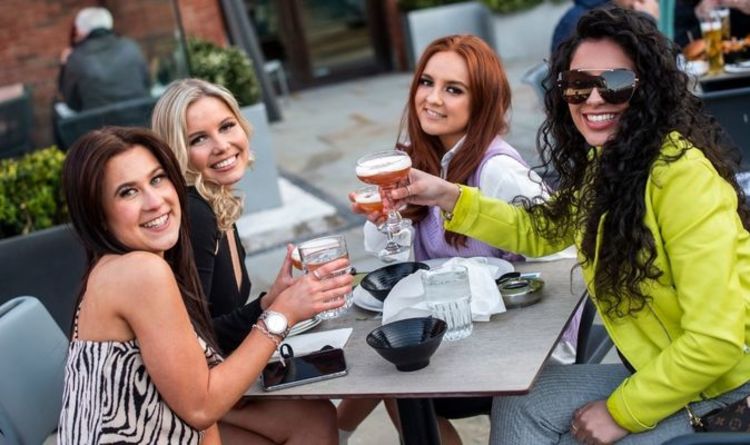 Its latest Global Alcohol Action Plan lays out how countries should pay “appropriate attention” to the prevention of drinking among children, expectant mothers and women of childbearing age. The UK’s Office for National Statistics (ONS) says females between the ages of 15 and 45 fall into this category.

A draft of the WHO’s plan caused alarm among the drinks industry who quickly condemned the advice.

In it, health experts warned of the list of conditions associated with frequent drinking of alcohol.

They said poor mental health, violence, a reduction in productivity, strained relationships and disease were all linked to poor drinking habits.

Babies developing in the wombs of mothers who consume alcohol run a higher risk of slow growth, issues with learning and behaviour and distinct facial features.

The report adds: “One of the most dramatic manifestations of harm to persons other than drinkers is prenatal alcohol exposure and the development of foetal alcohol spectrum disorders.”

Experts suggested that the harmful effects of alcohol on women could be publicised through a global “world no alcohol day/week”.

However, industry figures hit out at the proposals.

Mr Lambert said: “We are extremely concerned by the WHO calling on countries to prevent drinking among women of childbearing age in their latest action plan.

“As well as being sexist and paternalistic, and potentially restricting the freedoms of most women, it goes well beyond their remit and is not rooted in science.

“It is wrong to scaremonger in this irresponsible way and associate women’s alcohol-related risks with those of children and pregnant people.”

Christopher Snowdon, the head of lifestyle economics at the Institute of Economic Affairs, branded the advice “idiocy”.

He said: “This is classic World Health Organisation idiocy.

“Not content with repeatedly dropping the ball on Covid-19 and dishing out awards to politicians for banning vaping, it now thinks most of the world’s women should abstain from alcohol.

“The idea that it is unsafe for women of childbearing age to drink any alcohol is unscientific and absurd.

“Moreover, it is none of the WHO’s business.”