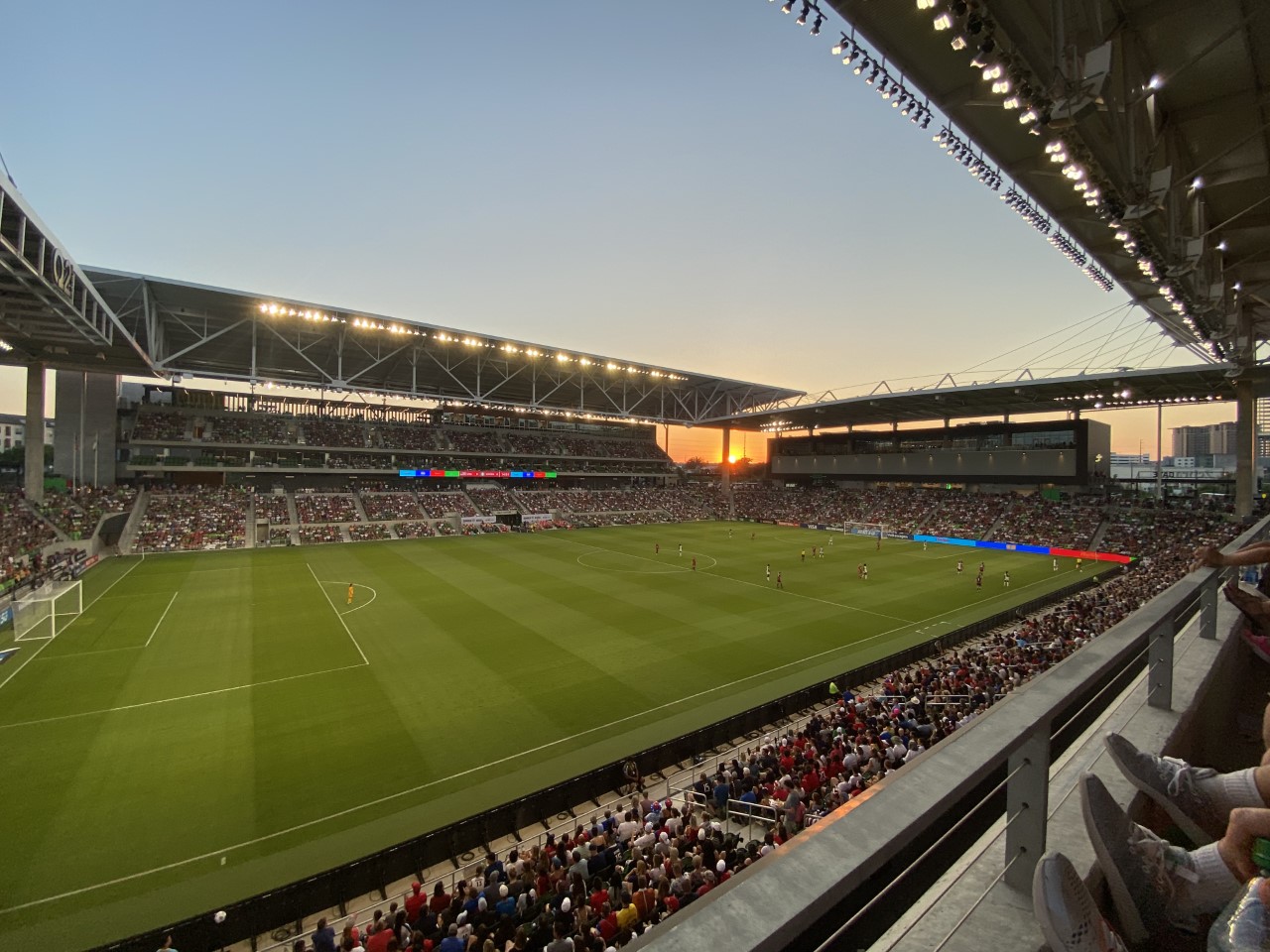 This is also the first time we’re seeing how plans to get fans in and out of the stadium are working.

Q2 Stadium debut: US women win 2-0 over Nigeria at home of Austin FC

Fans KXAN spoke to on site Wednesday said the process was smooth, and that’s because many of them used off-site parking, shuttles or a rideshare service to get to the stadium.

Their advice ahead of Saturday’s Austin FC game: plan out your parking now, and get there two hours early.

“There are two new traffic lights that have gone up, which are going to be active [Wednesday] to mitigate impacts getting to and from the stadium on event days,” said Sara Henry with the City of Austin.

How to get to Austin FC’s Q2 Stadium on gameday — by car, bus or train

The Murphys live near Circle C in southwest Austin. A park and ride would be two hours each way for them. So they paid $ 25 for a spot at the Domain.

They used the Pavemint app which allows fans to claim one of 5,000 spots within a mile of the stadium for a price.

To use the app, you just put in the date and time of your game. Then it pulls up an available space with the location and price. The walk ranges from 10 to 30 minutes and costs roughly $ 35. Some local businesses and homes can also sell spots on the app.

“We would protect most of the spots for the tenets for our building to rent out,” said Dr. Johnny Franco, who owns a lot across the street.

He is considering renting out spaces, but other businesses have signs enforcing towing and fines.

How to get to Austin FC’s Q2 Stadium on gameday — by car, bus or train

Many fans like the Murphys are parking in designated spots, making the process smoother as they prepare to enjoy the game.

“We’re both big-time soccer fans. We’re very excited about Austin having their own program here in an Austin, we wish we were going to the Verde game. But this is an awesome opportunity for us as well,” they said.