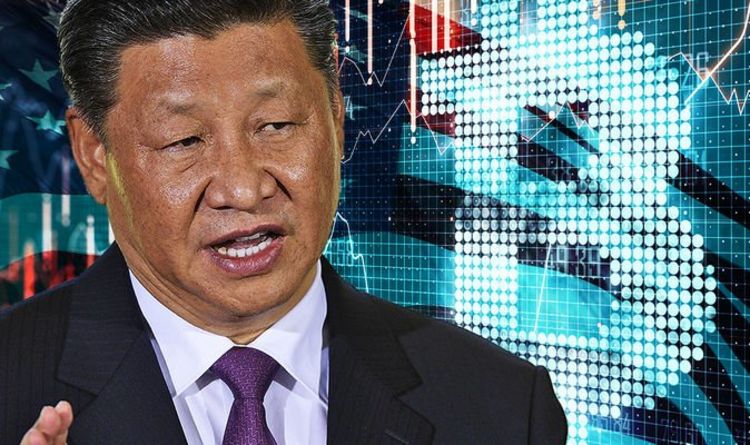 Yesterday, China shut down most of its bitcoin mining operations creating panic in cryptocurrency markets as the hash rate dropped and operators sold assets to finance their move to the US. Many are relocating to Texas, with state governor Greg Abbott tweeting his support to facilitate mining operations there. Mr Abbott tweeted: “Blockchain is a booming industry that Texas needs to be involved in.”

The relocation of China’s influential mining operators to the US will allow American states to capitalise on the inflow of Chinese and offer renewable incentives, allowing the US to grasp the digital economy manifested by bitcoin.

Referring to the move by China bitcoin pioneer Max Keiser, speaking to Express.co.uk, said: “China doesn’t have the moral character to mine bitcoin.

“America and El Salvador do.

“The difficulty adjustment has decreased to accommodate the transference of mining out of China and will increase when the move is completed.

Beijing announced it was shutting down Chinese based mining operations en masse on Sunday night, totalling an 8GW electricity load.

CNBC Beijing Bureau Chief Eunice Yoon today tweeted about one Chinese mining operation that was “airlifting” its equipment to the US.

Today she tweeted: “China logistics firm in Guangzhou confirms to CNBC that its airlifting 3,000kg (6,600lbs) of bitcoin mining machines to Maryland, USA.

“This is contributing a lot to bitcoin’s weakness right now, which will pass.”

George said that China’s motivation behind shutting down its bitcoin miners was that “it could just be a diversion to present to the world stage, making China look like they are doing something about Environment Social Governance standards.

“I believe they still want bitcoin to thrive and exist in China in some capacity.

“Also maybe they want the country to focus more on their own digital yuan and upcoming smart contract chain.”

The news comes as Canadian mining firm Bitfarms has been listed today on the Nasdaq in Wall Street.

Their mining operations in Canada use renewable hydroelectricity.

Bitfarms was listed today on the Nasdaq, with the ticker $ BITF.

Express.co.uk does not offer financial advice. The journalists who worked on this article do not own bitcoin.