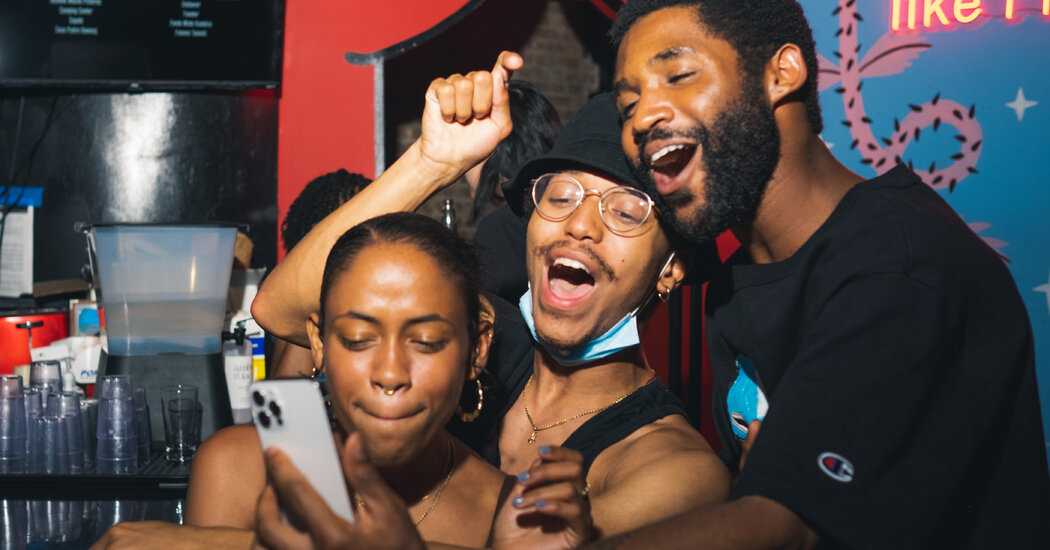 “We’re not back to normal,” said Sedonia Croom, a longtime worker at Croom Boutique Salon & Spa, a family-run business in the Crotona area of the Bronx. The shop, she said, has no immediate plans to throw out its face covering or capacity guidelines.

“You still got to protect yourself and your clients,” Ms. Croom said. “You have no other choice.”

It is a reflection of a unique dynamic in the city: The first full weekend without most virus restrictions had arrived, and many calendars have grown crowded with weekend plans and after-work get-togethers. But, for the foreseeable future, New York’s prepandemic shape will remain out of reach.

In the Fordham area of the Bronx, Phu Vaa, 55, said his shop, Jimmy Nail Salon, would be keeping its plexiglass barriers to separate seats and temperature check for entering patrons, among other precautions. “He says everything’s good,” Mr. Vaa, the manager, said in reference to the governor. “I’m still checking, making sure.”

Some New Yorkers are opting for small gatherings and parties among close friends over bars and nightclubs. “It’s still scary,” said Angel Martinez, 41, who works at a barbershop in Crotona. “You’re not going to find me in a large crowd, I’ll tell you that.”

And though many vaccinated New Yorkers are no longer wearing masks in public, some say they are not rushing to remove them. “It’s not so simple,” said Ravi Manneru, who lives in the Flushing neighborhood of Queens.