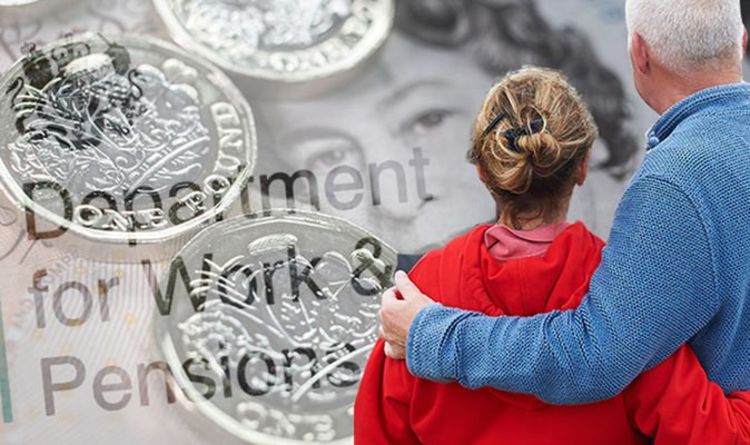 That’s not to say everyone will end up receiving the increased amount, however. Some people who retire abroad may find they are not able to receive the uprated state pension due to where they live.

This is because the payment only increases annually if the recipient lives in a country on a list of certain countries.

According to the End Frozen Pensions campaign group, it’s estimated nearly 500,000 British pensioners are unable to get the uprated amount.

A research briefing on frozen overseas pensions, available in the House of Commons Library, states in May 2020, there were 492,176 people overseas who are in receipt of a frozen UK state pension.

The vast majority (84 percent) of these people live in Australia, Canada or New Zealand.

It means their pension remains payable at the same rate as when they first became entitled to it, or the date they left the UK if they are already pensioners then.

The campaigners, both of whom live in Canada, sat down – over Zoom – for an interview with Express.co.uk this week.

Frozen pensions, as the policy has become known, is an issue which has “been going on for many, many, many years”, Mr Andexser explains.

“The policy goes back now I think over 74 years,” he says, explaining the “active push” from the frozen pensions campaign group has been ongoing for just over 20 years.

“We’ve come a long way in that time. But we haven’t hit the final goal.”

The interview is taking place more than six months on since the confirmation of a Brexit deal being reached, back in December 2020 – days before the Brexit transition period came to an end.

“And we have no problem with that, because that’s the way it should be.

“The problem we have is that the UK Government has said for many, many years, they were not prepared to enter any new agreements,” the campaigner continued.

“And that has been their argument with Canada, Australia, New Zealand, South Africa, and all of the frozen countries around the world.

“Predominantly, about 90 percent of frozen pensioners are living in the two countries Australia and Canada.

“So that’s primarily where the push has been.

“And it just strikes us as being completely two-faced by the UK Government to continue to deny a request to index our pensions using the argument that they weren’t making any agreements, and then turn around and make 27 new ones with EU countries, and not just EU countries.”

Last year, the Canadian Government requested the UK change the policy on the frozen pensions issue.

“It was a flat out, ‘No, we’re not going to consider any change to the effective policies that we have in place’,” Mr Andexser said.

A DWP spokesperson said: “We understand that people move abroad for many reasons and that this can impact on their finances.

“There is information on GOV.UK about what the effect of going abroad will be on entitlement to the UK state pension.

“The Government’s policy on the up-rating of the UK State Pension for recipients living overseas is a longstanding one of more than 70 years and we continue to uprate state pensions overseas where there is a legal requirement to do so.”