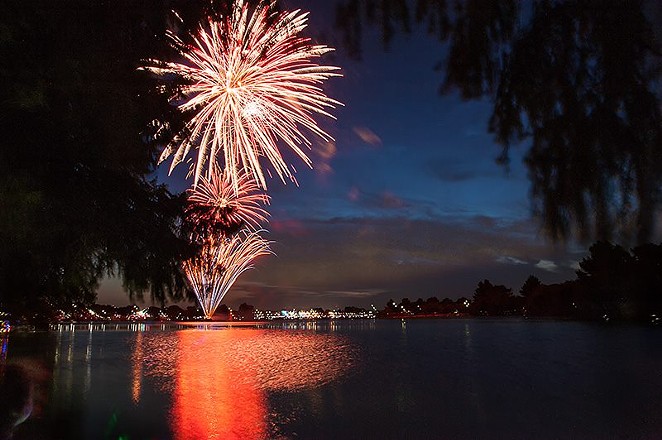 Last Fourth of July, fireworks shows were cancelled due to nationwide social distancing efforts to curb the pandemic. This year, however, Independence Day fireworks are back with a (literal) bang.

Still haven’t decided where to celebrate? We’ve compiled a list of notable events in and around San Antonio where you can get your spark on.

H-E-B 4th of July at Woodlawn Lake Park: The San Antonio Parks Foundation in partnership with the City of San Antonio will hold this year’s official Fourth of July Celebration, starting at 11 a.m. with local food fare and carnival games, and ending with a performance by the U.S. Air Force Band of the West followed by a fireworks show running from 7:30-9:30 p.m.

Get our top picks for the best events in San Antonio every Thursday morning. Sign up for our Events Newsletter.