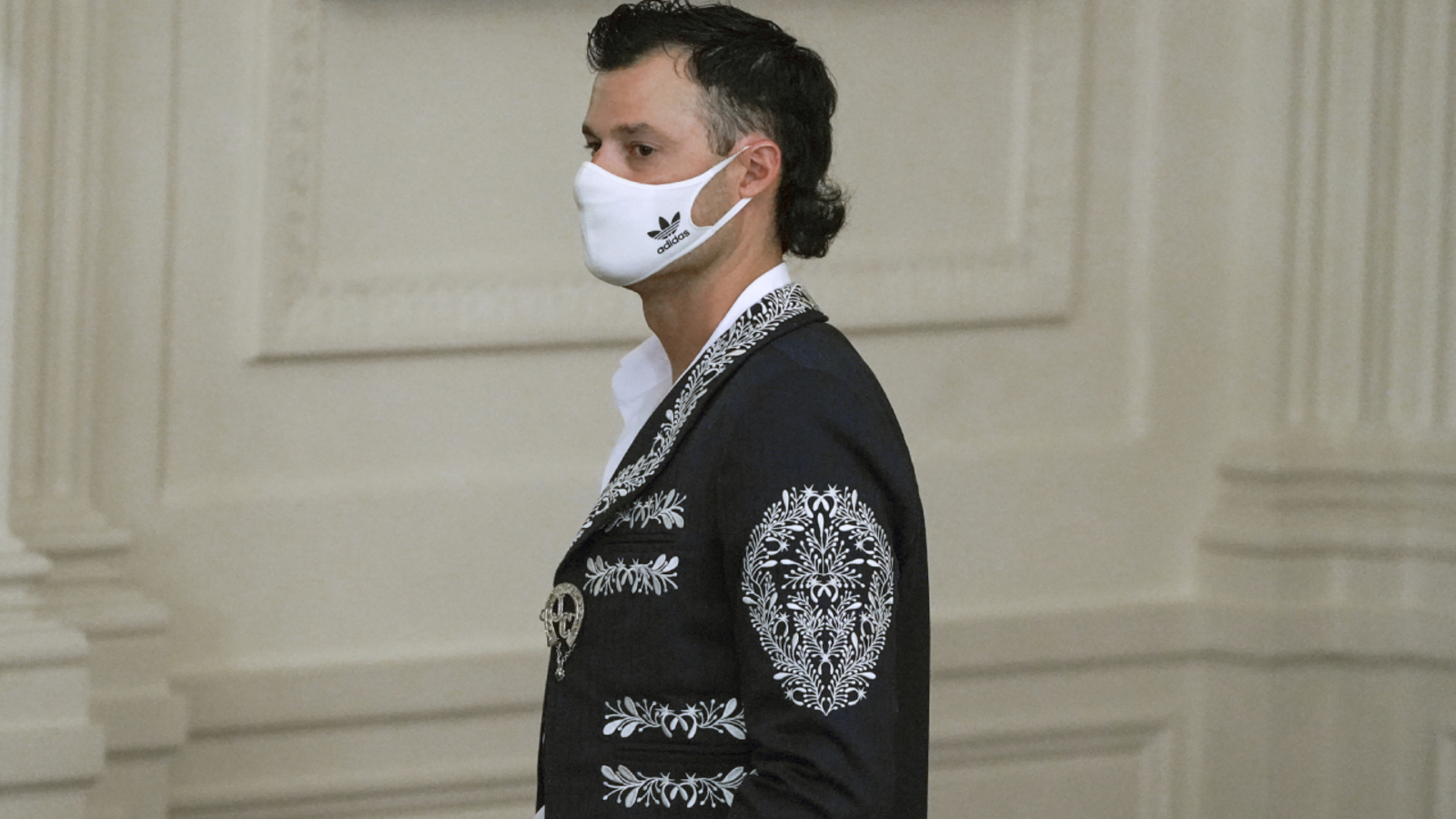 While everyone else was wearing a suit, Dodgers pitcher Joe Kelly wore a jacket that drew more attention at a White House ceremony celebrating the team’s 2020 World Series Championship on Friday.

The piece of embroidered clothing, formally known as a charro jacket, is traditionally worn by mariachi players.

Kelly acquired the embroidered jacket earlier this week after he asked Grover Castro Tibucio, a mariachi player, if he would trade the jacket for his jersey.

Tiburcio is a trumpet player in Mariachi Garibaldi de Jaime Cuéllar. Earlier this week, the band was serenading the team at Dodger Stadium as they warmed up on the field before a game.

Admiring the band’s ornate outfits, Kelly approached them and proposed the trade to one band member in an exchange that was caught on video.

Later, Kelly walked through the bullpen and completed the swap.

Mariachi Garibaldi later shared images of Kelly wearing the jacket in an Instagram post that read: “Check out what Joe Kelly wore to meet President Joe Biden at the White House!…New fashion trend?”

Castro called the moment surreal and said he had no idea the jacket would be inside the White House.

“I almost cried. I had tears in my eyes… That was crazy. It’s so surreal to think that a little piece of us is standing in front of the Abraham Lincoln portrait… He’s Joe Kelly, it’s just a Joe Kelly thing to do,” he said, referring to a photo Justin Turner posted on Instagram.

Kelly is just over 6 feet tall and Castro is about six inches shorter, but the jacket somehow fit the former Corona High School star well.