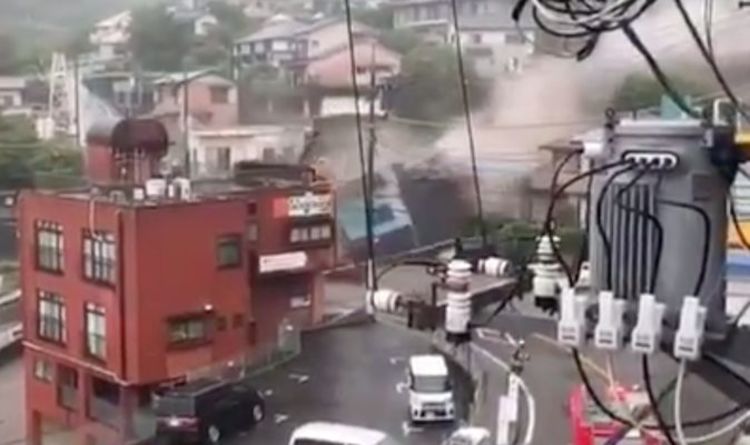 Early reports suggest as many as 20 people may have been caught in the incident on Saturday.

The landslide is believed to have been triggered by heavy rain.

The coastal town of Atami is situated in Japan’s southern island of Shizuoka.

In a video capturing the event, one resident can be heard saying: “Look up there!”

As the landslide swept past their house, they said: “This can’t be real.”

The monster earth wall swallowed multiple houses and cars in its path.