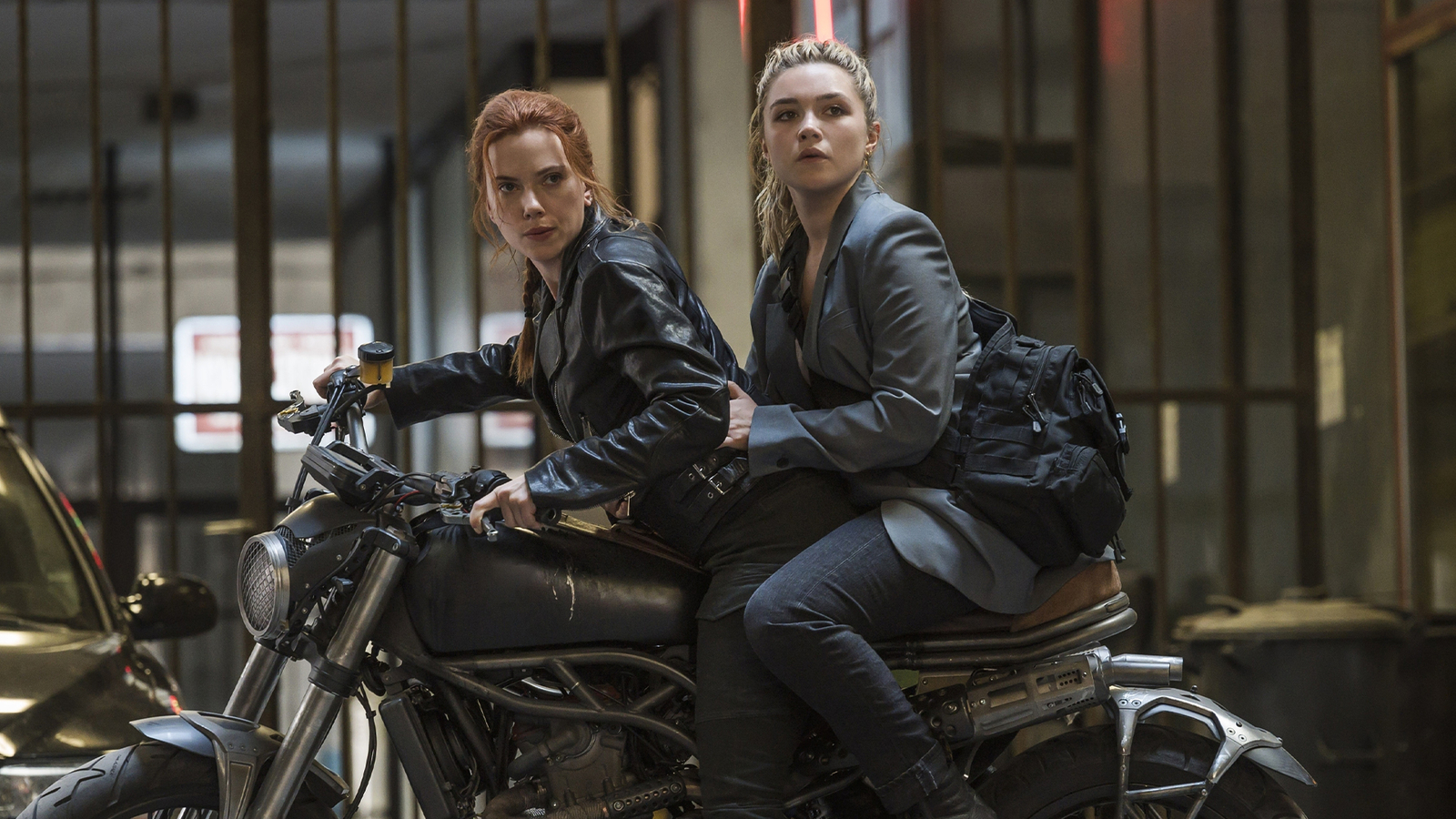 Marvel fans are counting down the hours until they can see “Black Widow.” They’ve been waiting a long time to see Natasha Romanoff’s origin story and the blockbuster is finally hitting the big screen and Disney+ with Premier Access.

The film starts out on a highly emotional note: “The first 15 minutes are tough,” Johansson said. “I think you understand immediately how high the stakes are. It’s very in-your-face.”

In the standalone movie, audiences will get a glimpse at how the two young women were raised.

“That’s really what Scarlett wanted to bring — this sense of family, which Natasha Romanoff is always looking for. She looked for it at S.H.I.E.L.D., she looked for it with the Avengers and we learn in this movie sort of why that is,” Kevin Feige, the president of Marvel Studios, told On The Red Carpet during the Black Widow fan event in Hollywood.

The sisters may fight in the movie, but Pugh feels protected by Johansson in real life. During the 2020 Oscars, the actresses did interviews together and talked about their friendship while on the red carpet.

“I was walking into something that was very nerve-wracking and I saw my good friend,” Pugh said. “I sometimes look at those pictures and I just see how instantly relaxed I am.”

“She’s someone that I’ve looked up to for a long time. So sharing moments like doing my first Marvel movie with her being there, or stepping onto my first Oscars’ carpet and her being there, are moments that I’m so grateful to have had her there for. And I hope that doesn’t end,” Pugh said.

“Black Widow” has a serious story to tell but, being a Marvel movie, special effects play a big part in the film.

“Black Widow” will be released in theaters and on Disney+ with Premier Access Friday, July 9.

The Walt Disney Company is the parent company of this station.