We meet a new monster in ‘Loki’ Episode 5. Here’s its comic book backstory

Formula E has been a “hotbed” for the development of road technology. Future electric cars 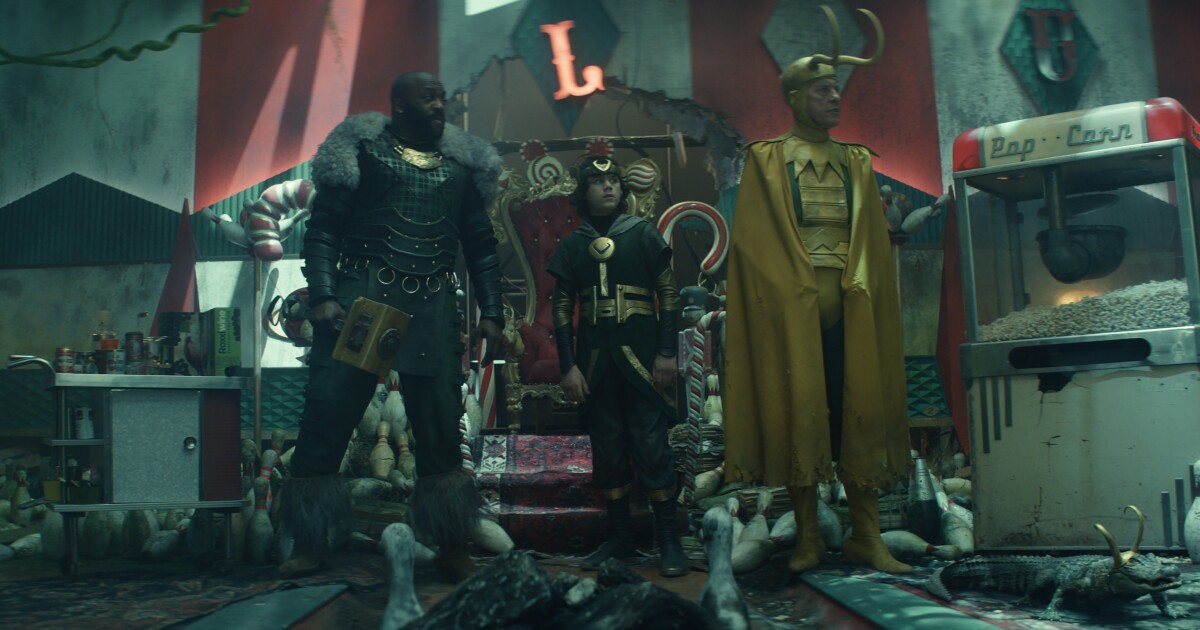 This story includes spoilers for Episode 5 of “Loki.”

If love is a smoke made out of the fume of sighs, what kind of love makes a powerful, massive smoke monster?

It’s a question that everyone’s favorite Loki-with-a-crush does not have time to contemplate as the God of Mischief is quickly urged to run for his life by his new friends instead. Picking up where the previous episode left off, “Loki” Episode 5, titled “Journey Into Mystery,” is packed with plenty of Loki variants that live a perilous life at the end of time.

As explained in the episode by Judge Ravonna Renslayer (Gugu Mbatha-Raw), individuals and timelines “pruned” by the Time Variance Authority are not destroyed on the spot as it appears. Instead, everything is sent to a void at the end of time where they can’t damage the sacred timeline — because a giant monster is there waiting for more things to consume.

Loki (Tom Hiddleston) is quickly brought up to speed about his new whereabouts by Classic Loki (Richard E. Grant), Kid Loki (Jack Veal), Boastful Loki (DeObia Oparei) and Alligator Loki, who is confirmed to be an alligator and not a crocodile.

Sylvie, meanwhile, is still trying to figure out the truth about the TVA and those responsible for stealing her life. But Ravonna and Miss Minutes are not exactly being cooperative.

Here’s the backstory of Alioth, the monster living at the end of time, as well as some of the most prominent Easter eggs from “Loki” Episode 5.

The newly pruned Loki quickly learns that the No. 1 priority for his fellow Loki variants in the void is to stay alive by steering clear of Alioth, a giant monster that descends from the sky. Described by Boastful Loki as “a living tempest that consumes matter and energy,” Alioth is what makes sure whatever is sent to the end of time never escapes.

Alioth is also an incredibly powerful — if obscure — creature in the comic books. Introduced in a ’90s comics series called “Avengers: The Terminatrix Objective,” Alioth is a self-proclaimed “Supreme Time Being.”

Similar to its TV counterpart, comic book Alioth is depicted as a giant, purplish cloud and is supposedly the first being to have freed itself from the constraints of the time stream. Alioth feeds on temporal energy and can absorb time travelers as well as entire time periods near the portion of the dimensional plane it occupies.

In comics, Alioth is most closely associated with the villain Kang the Conqueror, a time-traveling genius originally from the 31st century, set on taking over all of time. Numerous versions of Kang have appeared in comics using various aliases, but one trait he is known for is his love for Ravonna Renslayer. (Comic book Ravonna and Alioth also have some history.) Kang the Conqueror is expected to appear in “Ant-Man and the Wasp: Quantumania.”

Wait, was that a Thanos helicopter in the background?

Kid Loki describes the void at the end of time as “the place where the TVA dumps its rubbish,” meaning everything from every reality the TVA has determined should not exist gets sent there. This makes the void a prime place to spot Easter eggs from Marvel’s long history and beyond.

One of the items spotted in the background is a yellow helicopter marked “Thanos,” a nod to comic book Thanos, who indeed had a helicopter. Another deep cut from Marvel comics canon, Thanos debuted his Thanos-copter during the ’70s in “Spider-Man.” Yes, one of the most powerful beings in the universe used a personal helicopter in an attempt to acquire a magical cube.

Were there other Easter eggs?

In addition to Thanos-copter, there was a brief glimpse of Frog Thor in a jar trying to hop toward his hammer Mjolnir — clearly a reference to “Thor” No. 365, when Loki turned his brother into a frog.

The episode finally saw President Loki make his appearance, a character teased even in the trailers. Leading up to the 2016 election, Marvel released a four-issue comic book series called “Vote Loki” about his campaign to become president.

Prince Harry’s ‘hellbent’ agenda when it comes to Prince Charles

Formula E has been a “hotbed” for the development of road technology. Future electric cars