It’s been a little over three years since we last saw a new entry in the Ys (rhymes with “geese”) franchise, when Lacrimosa of Dana broke the nearly twenty-year period where new entries skipped Nitnendo consoles. We absolutely loved that release, and now that Ys IX: Monstrum Nox is out, we can confidently say that it almost lives up to that high standard its predecessor set. Ys IX: Monstrum Nox stumbles quite a bit with some performance issues, but it ultimately redeems itself through the sheer quality of its excellent combat, enchanting exploration, and high-octane music.

The narrative follows the intrepid red-haired adventurer Adol Christin and his loyal companion Dogi, whose wandering lifestyle has brought them to the gothic city of Balduq. Upon arrival, Adol is promptly arrested for the mayhem he’s caused on previous adventures, and he’s tossed into the clink by the local authorities without any further due process.

As you’d expect, it’s not long before Adol slips out of his cell, but things quickly go awry when he comes across a strange woman named Aprilis who shoots him, turning him into a human/monster hybrid called a Monstrum. Adol is soon introduced to a small group of other Monstrums who have all been turned in the same way, and they’re together pressed into service by Aprilis, who claims that she needs their help to fight off a looming threat of monsters from another dimension. Adol’s curse prevents him from leaving town, so he’s thus left with no choice but to learn more about the dark history of this prison city and the monsters within. 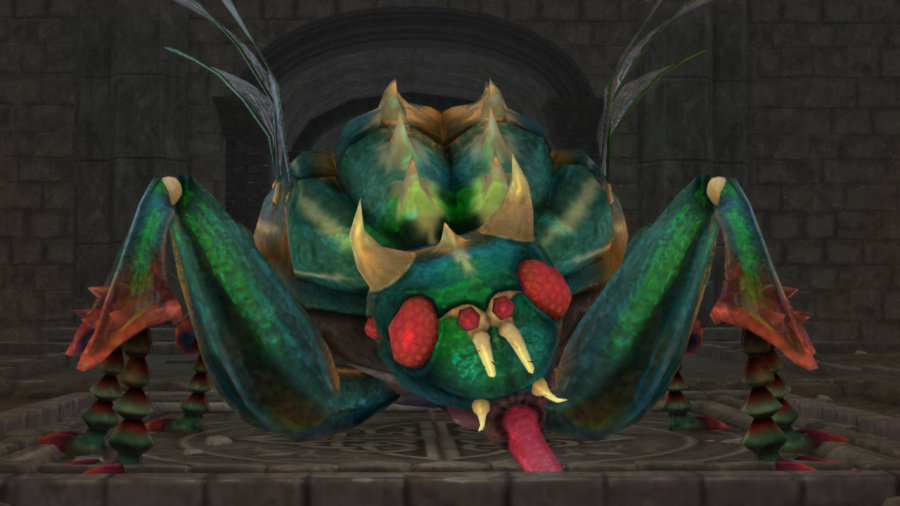 Though it can frequently stray into campy territory, Ys IX: Monstrum Nox manages to mostly stick the landing with its plot. The opening hour runs a little too heavy on the exposition and setup, but pacing quickly smooths out as the ensuing chapters develop each of the other Monstrums through brief subplots where Adol pairs off with them for some quest or mission. Not only do these chapters help to give some much-needed dimension to your initially shallow companions, but they gradually reveal more about the mysteries surrounding the enormous prison city of Balduq and its not-quite-right authoritarian leadership. You likely won’t walk away from Ys IX: Monstrum Nox feeling particularly amazed at the storytelling, but there’s still plenty here to keep you invested for the thirty-or-so hours it takes to see this one through to the credits.

Gameplay takes the shape of a typical action RPG, with a healthy dosage of open-world exploration to keep things interesting. The main new feature here is the inclusion of ‘Gifts’, which greatly expand on the opportunities for exploration. Each Monstrum has a unique ability to make traversal easier, and the city is designed in an almost Metroidvania-esque fashion to encourage you to keep exploring as new Monstrums join your party. Whether it be short-range teleportation or a simple glide ability, each of these Gifts feels like a welcome addition to your toolset and help to make the city of Balduq feel more like a playground you cavort about at will.

The city itself is packed full of side quests and collectibles to help strengthen you on your journey, and there are a variety of dungeons that you slowly unlock as the story progresses. These are usually focused more around a particular gift, and while there aren’t many puzzles to speak of, the dungeons are where the majority of combat takes place. As you’d expect of an Ys game, combat flow is extremely fast-paced and twitchy, rewarding skillful, dexterous play. Mashing the ‘Y’ button will see your character unleash a flurry of attacks, while you can set up to four shortcuts bound to the face buttons that allow you to use heavier-hitting skills at a moment’s notice. 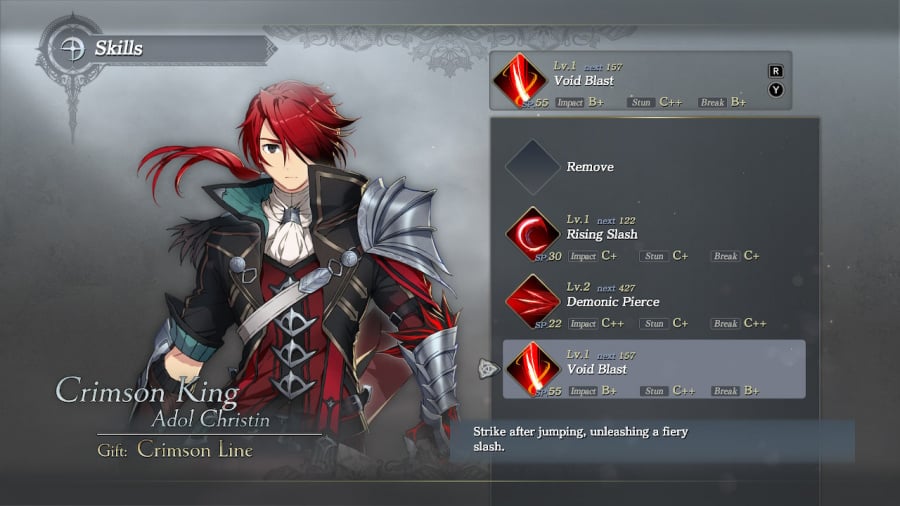 If you see an enemy winding up for an attack, you’re given two equally alluring options for how to defend yourself. One of those is to dodge roll out of the way, and if you do so at the last minute, you’ll slow down time for the enemies for a few seconds while you gain a brief window of invincibility. Similarly, you can choose to block at the last second, which negates any damage and massively boosts your attack damage for a few seconds.

Taken altogether, these varying combat elements harmonize well into a system that keeps you dialed in and on the edge of your seat. Even lower difficulties have brief moments of hair-raising challenge, and it’s a real thrill once you figure out the timing for various skills and dodges and start seeing how to chain them together into stylish combos. Combat is easily the highlight of the experience here, and it remains consistently engaging as the dozens of hours roll by.

We would love to stop there and simply allow the praise of the exploration and combat to stand, but both these elements are unfortunately hampered by the shoddy performance. Whether docked or handheld, frame drops are a constant problem that noticeably drag everything down. When you’re powering through dungeons and isolated combat encounters, things usually hold to a stable-ish 20-25 FPS, but roaming the open city of Balduq is where the real problems show up. In these instances, you’re looking at a near-consistent sub-20 FPS experience, which makes it harder to navigate trickier platforming sections and makes the overall experience feel quite sub-par. While we have been promised that some patches are on the way to smooth things over, the experience here at launch is little more than disappointing. 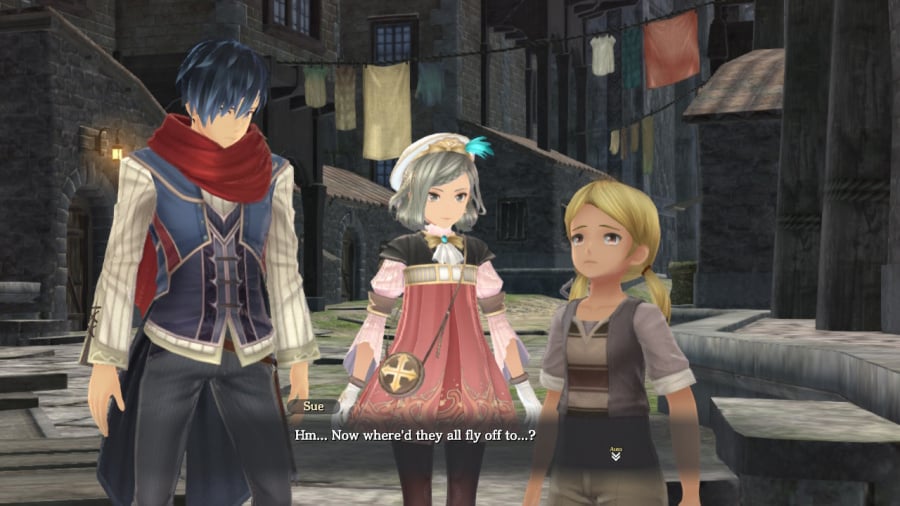 It’s a real shame, too, as in addition to the excellent gameplay loop, the presentation is rather enticing. Balduq isn’t nearly as visually interesting as the more fantastic locales Adol has explored in the past, but there’s a distinct Castlevania-esque motif to the endless stone structures that strikes a weirdly alluring mixture between cozy and oppressive. Plus, the soundtrack (especially in dungeons) mixes in some wonderfully high energy rock music that perfectly matches both the gothic aesthetic and the fast-paced combat. Balduq may not be the best setting for an Ys game yet, but it consistently manages to make itself memorable.

Ys IX: Monstrum Nox isn’t a massive step up over its tropical predecessor, but it hits all the right beats it needs to make for an addictive and engaging action-RPG. Fast-paced combat, a memorable setting, and a surprisingly content-rich open world make for an experience that action-RPG fans won’t want to miss out on. Were it not for the performance issues, we might even be inclined to say this is the best example of the genre on the Switch yet. Given those problems, however, a totally unreserved recommendation of Ys IX: Monstrum Nox on Switch is tough to make. Performance is reported to be a little bit better on PS4 and PS5, so if you have access to one of those consoles, we’d recommend getting it there. Otherwise, you’re still in for a good time on Switch — just brace yourself for those frame drops.