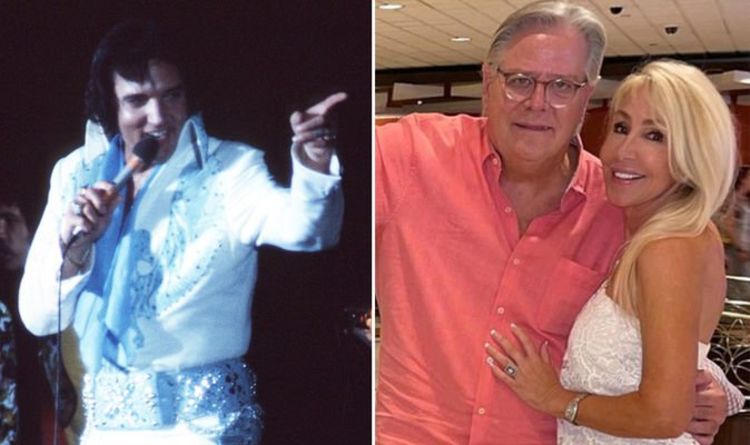 Elvis Presley’s ex-girlfriend Linda Thompson has revisited Las Vegas where she spent many months with The King during his residences there in the early 1970s. Elvis dated the former Miss Tennessee model from 1972-1976 and they lived together at Graceland. During her recent trip to Las Vegas, the 71-year-old paid tribute to Elvis by visiting the old Hilton hotel, originally called The International and now Westgate, where The King performed two shows a night.

Linda even met up with Elvis’ step-brother David Stanley, who was the son of Vernon Presley’s second wife Dee Stanley.

Having stayed at The Palazzo Las Vegas at The Venetian resort, the 71-year-old shared photos from her “nostalgic” trip down memory lane.

She wrote on Instagram: “What a great few days & nights in Vegas! I love @palazzovegas where I usually stay.

“It was so nostalgic getting to revisit the city where I lived for 9 months of the 4 1/2 years Elvis & I were together!”

Linda added: “I had a lovely lunch & sweet visit with Elvis’s stepbrother David Stanley at the old Hilton international which is now the Westgate.”

The King’s former girlfriend also spoke of watching Bruno Mars perform and compared him to Elvis.

She wrote: “’Ima leave the door open’ for more 24 karat magic after seeing Bruno Mars in concert! What an astonishing performer!

“He is an amalgamation of Prince, James Brown, Elvis & Michael Jackson – yet uniquely his own style & magic!”

On revising Graceland, Linda wrote on her Instagram: “I took a walk down memory lane today at my former home, where I lived for 4 1/2 years – Graceland in Memphis.

“I also revisited the airplanes that I flew on to countless concerts all around the country with the greatest entertainer who ever lived, Elvis Presley.

“It’s surreal to remember decorating with him the legendary jungle room, stained glass peacocks in the living/music room, the fabric covered pool room, TV room & other areas – as well as the Lisa Marie airplane.

“I will always be grateful for the rarified honour of having been so close on such a deeply personal level to such a true icon – and for having been loved by him.”