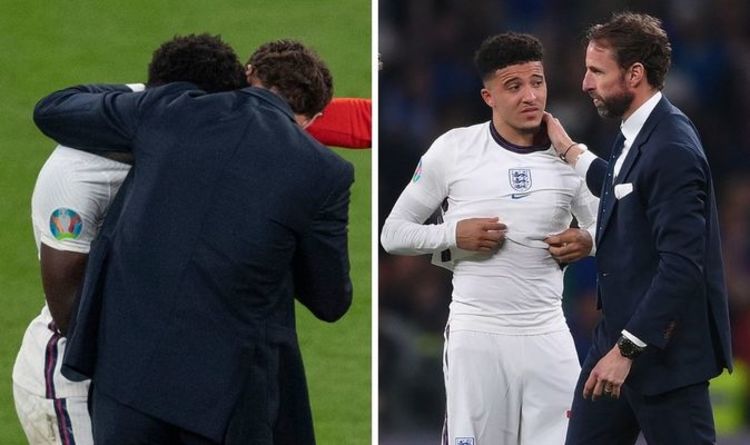 Gareth Southgate describes the racist abuse suffered by England’s attacking trio Bukayo Saka, Marcus Rashford and Jadon Sancho as “unforgivable” following their missed penalties in the Euro 2020 final last night. The three forwards were brave enough to step up and take a spot-kick but failed to score as Italy were crowned champions.

The Manchester United duo were summoned from the bench for the penalty shootout but failed to dispatch with the stakes high.

Rashford saw his penalty hit the post before Gianluigi Donnarumma denied Sancho after diving to his left.

All three players were sent monkey emojis on social media following the penalty shootout with nobody being held accountable, once again.

Now Southgate has defended his players and highlighted how proud he is of their efforts.

“I’m not totally across everything but my first thoughts this morning are with the boys that have done so well for us. The players have had such a great togetherness and spirit and brought our country together,” he said.

“For some of them to be abused is unforgivable. Some of it has come from abroad, we have been told this, but some of it is from this country. We have been a beacon of light to bring people together and the national team stands for everybody.

“We felt the energy and positivity from the fans and i’m incredibly proud of that.”