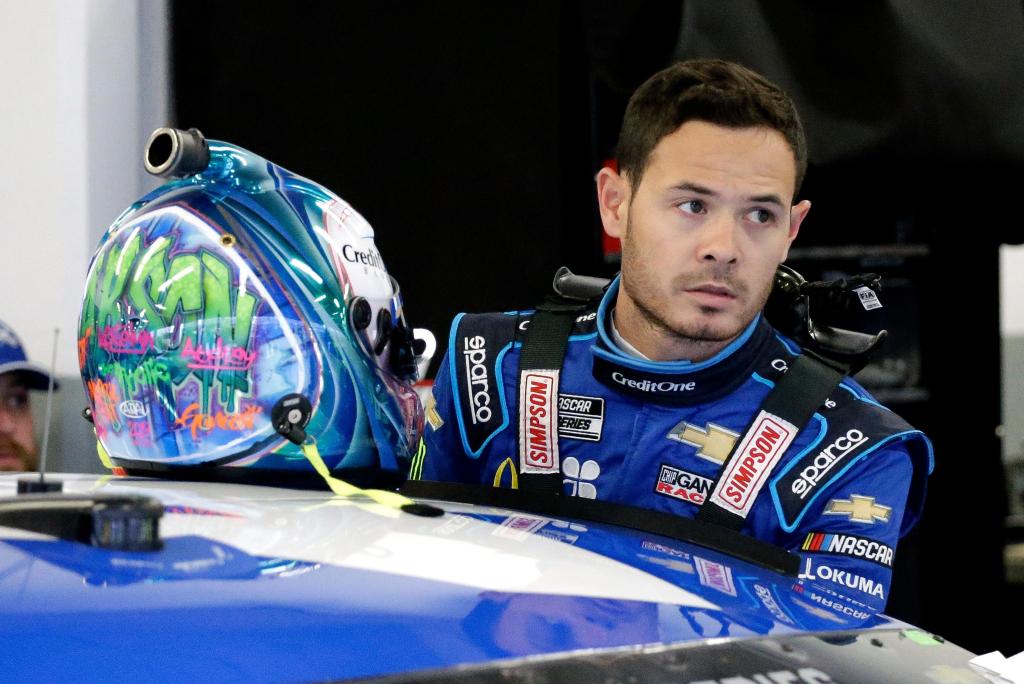 But heading into Sunday’s 3 p.m. running of the Foxwoods Resort & Casino 301 at New Hampshire, Larson holds a dominant position in the Cup Series driver standings. The Elk Grove, Calif., native will be at the wheel of the No. 5 HendrickCars.com Chevrolet.

Larson’s driver stats this season are comparable to Johnson in his prime years. In 21 starts, Larson has four wins, five second-place finishes, and 12 stage wins — with 11 in the top five and 14 in the top 10. He tops the driver standings with 826 points.

In 10 Cup Series starts at NHMS, Larson has not taken the checkered flag but has four top five finishes and five in the top 10.

Busch, in his 19th Cup Series season, has posted top three finishes in the last four races and six top five placements in the last eight. Busch secured his place in the NASCAR playoffs with wins at Kansas and Pocono. In 29 races on the Magic Mile, Busch captured two of his three wins in the last five years along, with 11 top five finishes and 16 in the top 10.

“New Hampshire has been a pretty decent place for us over the years, so we are looking forward to going back there for another win,” said Busch. “To be fast at Loudon you have to have good brakes and you have to roll the center and get that good forward bite off the corners.”

Busch endured his worst race in Loudon last August after blowing a right front tire and making contact with the wall early on, putting the race under caution. He exited the track, entered the infield garage area for repairs and never returned.

“Last year I ran three laps then ‘boom’ and then I went home,” lamented Busch. “I had tire failure, but typically we run well there and we we’ve got a strong package for there.”

Christopher Bell, operator of the No. 54 DeWalt Toyota for Joe Gibbs Racing, captured his third straight Xfinity Series race at New Hampshire Motor Speedway in Saturday’s running of the Ambetter Get Vaccinated 200. There was no Xfinity race at NHMS in 2020.

Bell captured all the stages, led 151 laps and took the checkered flag in a runaway with extended stretches of green flag racing in the second half of the race. Bell finished 6.241 seconds ahead of runner up Justin Allgaier in his first Xfinity race of the season. Bell has been a fixture on the Cup Series this season and will compete in Sunday’s Foxwoods 301.

“What I’ve figured out is that I’ve had really fast race cars at this track,” said Bell. “I just love being here with Joe Gibbs Racing and the last three times I’ve been here have been amazing.”

A.J. Allmendinger took the lead after the second caution and engaged in relentless duels with Bell and his Joe Gibbs Racing teammates Harrison Burton.

Bell took the lead on lap 44 to rob stage one from Allmendinger just as the race went under caution. Bell led just two laps in the stage, then capturing stage two, leading for 39 laps, and was in first place at the midway point.

Ryan Preece made a strong inside move off the final to slingshot past Ronnie Silk and Justin Bonsignore and take the checkered flag in the Whelen Modified 100.

Preece, the operator of the No. 6 Riverhead Raceway Chevrolet captured his first career win on the Magic Mile followed by Bonsignore and Silk. Defending champion Bobby Santos of Franklin placed eighth.

“This has been that one track that has really eluded me,” said Preece. “It’s been so tough because I’ve been in position before and things didn’t work out and I’ve come so close.

“When they both broke it in there, I just saw my opportunity to go under them and it was really cool.”

Bonsignore, reigning modified tour champion, enjoyed the pole after registering the top qualifying time (29.271) and best speed (130.122), but he gave up the lead to Preece after the first caution. Preece, Bonsignore, Andy Seuss and Jon McKennedy jockeyed in a four-car race through the first half of the event that featured several lead changes.

Bonsignore took a substantial lead on Preece after the midway point and enjoyed a good stretch of clean air green flag racing before the second caution on lap 73. Silk took the lead when the racing resumed and held on through two late-stage cautions.