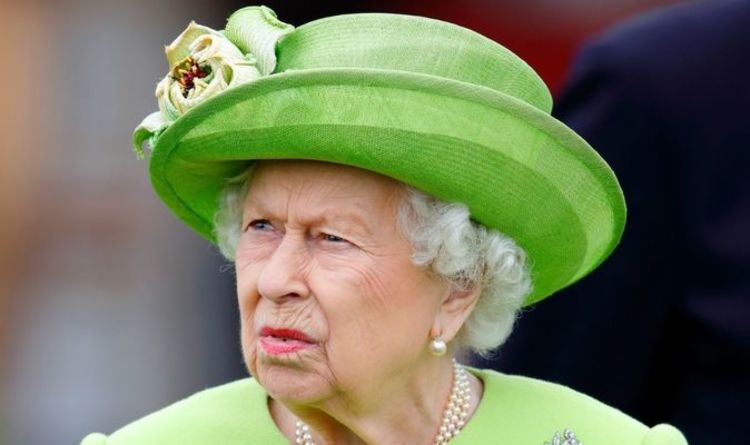 The Duchess of Sussex gave birth to her daughter, named Lilibet Diana Mountbatten-Windsor, on June 4, at Santa Barbara Cottage Hospital in California, weighing 7lb 11oz. She was named after the Queen’s family nickname and also Harry’s late mother Princess Diana, who tragically died in a car crash in 1997.

Due to Harry and Meghan relocating to California after stepping down from the Firm, the Queen has yet to meet her great-grandchild in person.

However, this could soon change as a source claimed the Duke and Duchess of Sussex are keen to have Lili christened at the same place as Archie.

The source told the Daily Mail: “Harry told several people that they want to have Lili christened at Windsor, just like her brother.”

According to the source, the couple are happy to “until circumstances allow”.

Archie was christened by the Archbishop of Canterbury at St George’s Chapel in Windsor back in 2019.

If the couple do return to the UK, it would mark Meghan’s first trip back to Britain since March 2020.

“Lili was born on Friday, June 4 at 11.40am in the trusted care of the doctors and staff at Santa Barbara Cottage Hospital in Santa Barbara, CA.

“She weighed 7 lbs 11 oz. Both mother and child are healthy and well and settling in at home.

“Lili is named after her great-grandmother, Her Majesty the Queen, whose family nickname is Lilibet.

“Her middle name, Diana, was chosen to honour her beloved late grandmother, The Princess of Wales.

“This is the second child for the couple, who also have a two-year-old son named Archie Harrison Mountbatten-Windsor.

“The Duke and Duchess thank you for your warm wishes and prayers as they enjoy this special time as a family.”

SEE BELOW FOR LIVE UPDATES…

Prince Harry has been challenged on taking five months of paternity leave following the birth of Lilibet Diana.

Royal expert Marlene Koenig told Express.co.uk: “It’s sort of funny that their foundation has this sort of thing when it’s not the norm in the US because we have no national policy on paternity leave.

“The federal government has for federal workers an X number of weeks of paid leave.”

She added: “There is more of it but there’s no national policy. It’s interesting, five months? Most American mothers are like, ‘excuse me’.

“For the majority of American moms you have to save your sick leave, your vacation pay and cobble it together unless you have a good employer.”

8am update: Prince Harry’s exit not the only path for Louis and Charlotte to copy, says expert

Prince Louis and Princess Charlotte as royal “spares” will not follow in the footsteps of their uncle Prince Harry as there are plenty of other role models for them to emulate to lead successful lives, a royal commentator said.

English Lecturer and Victorian History Expert Dr Sarika Bose told Express.co.uk that Prince Harry’s departure from the Royal Family was the exception rather than the rule for royal “spares”.

Dr Bose explained Prince Louis and Charlotte are extremely unlikely to follow in the footsteps of Harry as she says much of the frustration that led to Harry’s departure was down to the feeling of not being in power or appreciated.

Dr Bose said from what she can see, Louis and Charlotte are very much involved and brought up in equal ways meaning it is unlikely to see any animosity which could lead to another royal departure, adding the young royals also have many other royal role models who have led successful lives.