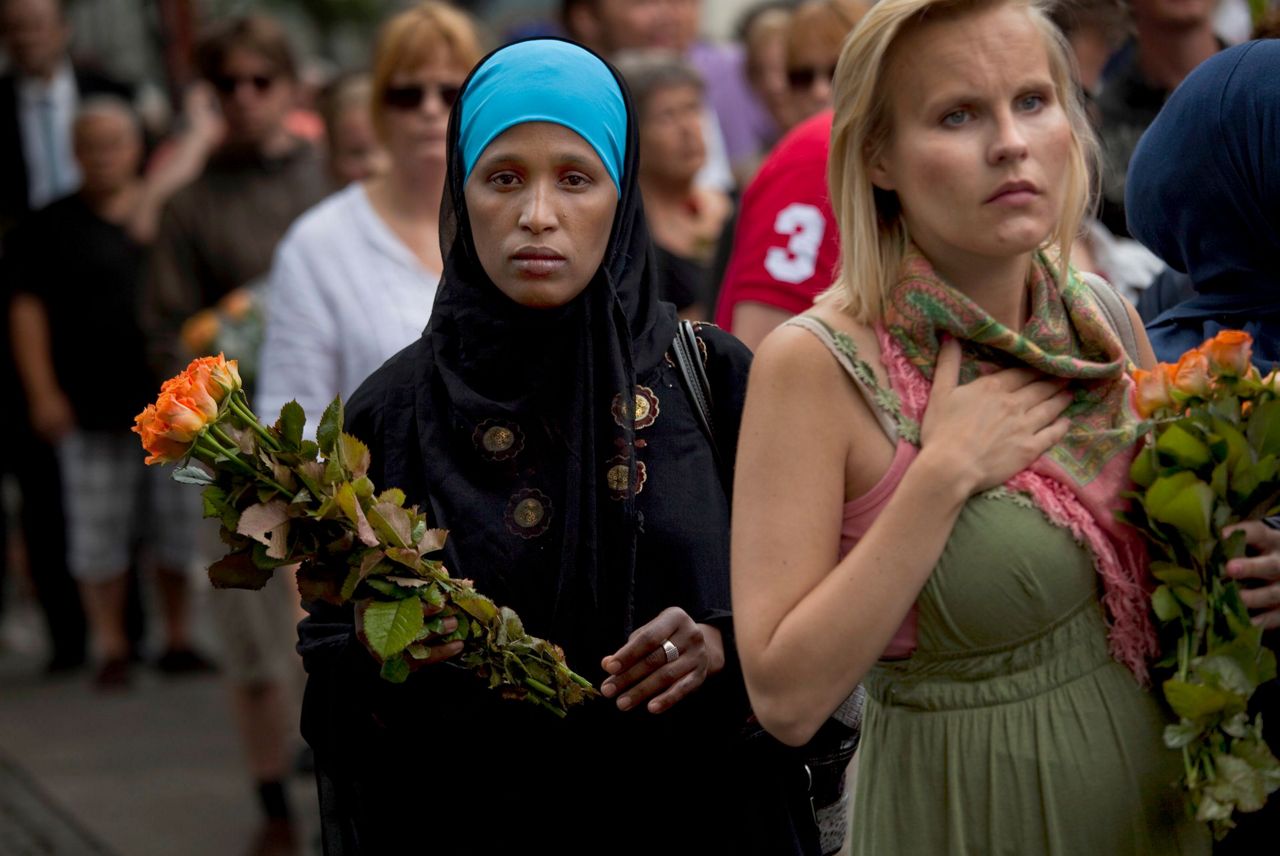 STAVANGER, Norway (AP) — On the 10th anniversary of Norway’s worst peacetime slaughter, survivors of Anders Behring Breivik’s assault worry that the racism which nurtured the anti-Islamic mass murderer is re-emerging in a nation known for its progressive politics.

Most of Breivik’s 77 victims on July 22, 2011, were teen members of the Labor Party — idealists enjoying their annual camping trip on the tranquil, wooded island of Utoya, in a lake northwest of Oslo, the capital. Today many survivors are battling to keep their vision for their country alive.

“I thought that Norway would positively change forever after the attacks. Ten years later, that hasn’t happened. And in many ways, the hate we see online and the threats against people in the Labor movement have increased,” said Aasmund Aukrust, then-deputy leader of the Labor Youth Wing who helped organize the camp.

Today he’s a national lawmaker campaigning for a nationwide inquiry into the right-wing ideology that inspired the killer.

Aukrust ran from the bullets flying through the forest then lay hidden for three terrifying hours while he saw friends murdered nearby. A vocal proponent of properly reckoning with the racism and xenophobia in Norway, Aukrust has been the target of online abuse, including receiving the message that “we wish Breivik had done his job.”

The victims of the Utoya massacre came from towns and villages throughout Norway, turning a personal tragedy into a collective trauma for many of the country’s 5.3 million inhabitants. Survivors were joined by a shaken population who were determined to show that Norway would become more — not less — tolerant and reject the worldview that motivated the killer.

A decade later, some survivors believe that collective determination is waning.

“What was very positive after the terror attacks was that people saw this as an attack on the whole of Norway. It was a way of showing solidarity,” said Aukrust. “But that has disappeared. It was an attack on a multicultural society. And though it was the act of one person, we know that his views are shared by more people today than they were 10 years ago.”

Breivik struck at Labor Party institutions he believed were aiding what he called the “Islamization” of Norway. Dressed as a policeman, he landed on Utoya, shooting dead 69 members of the youth wing and injuring scores more. He had earlier murdered eight people in a bomb attack at government buildings in Oslo.

“It wasn’t random that it was our summer camp that was attacked. The hatred was against us because of our values of openness and inclusiveness,” said Sindre Lysoe, a survivor from Utoya who is now the general secretary of the Labor Party’s Youth Wing.

“After Utoya, it was too hard for many people to go back to politics. For me and for society, it was very important to raise up again and fight back through more of the good work we knew we could do,” he said. “Before 22 July, politics was important, afterwards it became about life and death.”

After hearing about the Oslo bombing on the “darkest day of all of our lives,” he remembers his friends telling each other they were in the safest place on earth. Within minutes, the gunfire and screaming began on the island. Today Lysoe spends a lot of his time warning young people about the dangers of right-wing extremism.

In the years following the attack, Norway’s security police, the PST, continued to rank Islamists as more likely to carry out domestic terrorism than right-wing extremists.

But after the New Zealand mosque attacks in 2019 killed 51 people, and a copycat attempt by Norwegian shooter Philip Manshaus just outside Oslo later that year in which the killer’s sister died, Norway’s security police changed its annual assessments. It now ranks the two forms of extremism at the same danger level.

“As we progressed into 2013 and 2014, European migration and IS became the prisms that we saw terror through. Norway went back to a narrative of extremism being largely foreign,” said Bjoern Ihler, who escaped the bullets by swimming in frigid waters around the island to safety.

“There is a failure in self-reflection. We are missing the fact that Anders Breivik and Manshaus were Norwegian, but also so were a lot of the extremists throughout the last decade that should have been caught by our social system,” he said.

Since the July 22 attacks, Ihler has become an expert in countering radicalization, founding the Khalifa-Ihler Institute for Peace Building and Counter Extremism, advising European Union and chairing a panel at the Global Internet Forum to Counter Terrorism.

Planning the attack from his mother’s home in Oslo, Breivik tapped into an online ecosystem that demonized Islam and cast in doubt Europe’s Christian future. Ihler, who has spoken with scores of reformed extremists, says these internet echo chambers need to be exposed to different voices.

“Regardless of ideology, the reasons they went into radical environments are all somewhat similar. It’s about finding identity and a space where you find belonging. Whether it is Islamists or far-right extremists, the fundamental problem they have is living in environments with diversity,” he said. “The tricky part is helping them build comfort with that diversity.”

Ihler still believes in the power of traditional Norwegian values such as democracy and rehabilitation in solving societal problems.

Breivik struck at all of these, testing not only the country’s commitment to tolerance and inclusiveness but also to nonviolence and merciful justice. Yet he still benefits from a justice system that favors rehabilitation over vengeance.

While his sentence can be extended if he is still considered dangerous, Breivik is serving his 21 years in a three-room cell with access to a gym and computer games, luxuries that would be unthinkable even for minor criminals in other countries.

“It is right that he is treated humanely,” said Ihler. “We don’t want to go down the same route of violence. We need to keep on showing people that there are better ways of dealing with the issues we have.”

Copyright 2021 The Associated Press. All rights reserved. This material may not be published, broadcast, rewritten or redistributed without permission.

As armed police officers and an air ambulance race to the scene of emergency close to Bristol, panic ensues

London police chase a predator who “waits nearby the tube station” in a sex attack that left a sexy scene.

To fill the void in lorry drivers, HGV companies hire binmen for their bin collection business

It is cowardly and deplorable! China Row: Ambassador to UK is expelled from Parliament