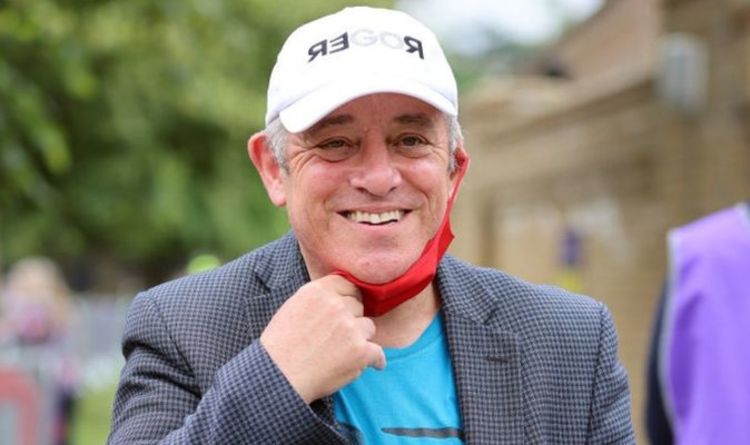 The vocal Rejoiner – who was accused of abusing his position to hamper Brexit – has decided to claim the pension worth more than £35,000-a-year at the age of 58. This flies in the face of comments he made in 2012 not to claim it until he turned 65 – in line with much of the rest of the population.

But after stepping down as speaker in 2019 it appears that his Labour-supporting wife Sally has turned his head more than just politically.

The former Tory MP, who has since joined Labour, told the Mail on Sunday: “Shortly before I left office, Sally and I discussed the matter.

“She emphasised that the pension had always been part of my employment package and I should therefore take it, especially as, in her words, the Johnson Government was ‘breaking conventions and promises left, right and centre’.

“I agreed with that sentiment and have been taking my Speaker pension, in line with my predecessors’ practice, since I retired.”

Mr Bercow said in 2012 – when the UK was still recovering from the 2008 crash – that the state of the economy and the fact he was likely to continue working after leaving the post meant he would waive it until he turned 65.

His office said that because he was elected aged 46 it would mean him claiming it at a “young age” which he did not believe “is right”.

A statement on his website read: “He has proposed before he leaves office to waive his entitlement to the speaker’s pension until he reaches the age of 65.

“The speaker believes it would be wrong, especially in the current economic conditions.”

Forgoing these payments would have cost him about £370,000, observers claimed.

He told the Telegraph: “Mr Bercow made a solemn pledge to save taxpayers money by deferring his plum pension.

“Given how publicly he made that promise, the least he should have done was announce that he was going back on his word.”

The pension perk was abolished for all future post-holders in 2013 – meaning current Speaker Sir Lindsay Hoyle will not get the benefit.