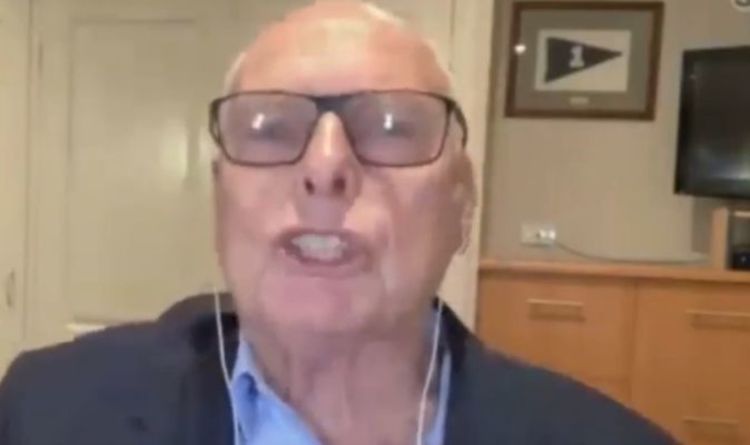 Liberal Senator Jim Molan spoke to Sky News Australia’s Paul Murray about the rising threat of China. Mr Molan reacted to reports that China has sent a second spy ship to monitor war games between the US, Japan and Australia. He warned that China is one of the greatest threats to Australia in the medium to long term.

He claimed the nation was dangerous and considered itself an “adversary” to the nations conducting the war games.

Mr Murray said: “Everyone does war games to some degree.

“They do it in international waters so they can’t get pinged, but the fact that China has sent two spy vessels, besides muscle-flexing, does it cause you any different view than when it was one?”

Mr Molan replied that it did not make a difference to him and how he felt towards China.

He said: “It doesn’t change things really, two for the price of one.

“I think it is fantastic, it brings a degree of realism to an exercise which I think is very valuable.

“I would just say that we should, without doubt, that Covid, the coronavirus enquiry and the economy are the most immediate problems that we face.

“But we must remember that China is the most dangerous in the medium to long-term.

“These spy ships are a manifestation of that.

“We must be preparing our nation as a whole and our military.”

China caused an international uproar last week after threatening Japan with nuclear warfare if it intervened with the communist countries goal to unify Taiwan.

Initially posted on the Chinese Communist Party’s military channel the video warned that Beijing would nuke Japan until it surrendered to the Communist state for meddling in, what it called, domestic affairs.

This follows after Japan pledged it would defend Taiwan with the United States if China attempted an invasion.